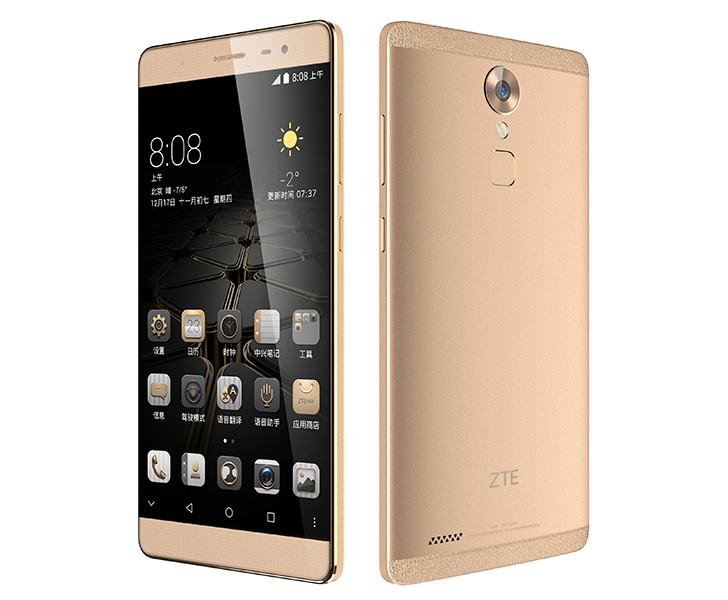 Selfies are probably still important to some folks out there in the wild, so having a camera with a high megapixel count on the specs sheet might be enough to warrant a second glance. If that’s the case, and you happen to be in China and can wait until later this month, ZTE’s got a phone for you.

The manufacturer has just unveiled a brand new member of its Axon lineup of devices, the Axon Max. The device boasts a 6-inch 1920×1080 AMOLED panel and is running Android 5.1 with ZTE’s custom UI called Mifavor 3.5. Under the hood there’s a Qualcomm Snapdragon 617 processor and 3GB of RAM, with 32GB of built-in storage with a microSD card slot if the built-in storage isn’t enough.

On the front of the handset there’s a 13MP camera, and on the back a 16MP shooter with a flash. There’s a fingerprint reader as well, and it’s all put together in an aluminum body that measures in at 7.5mm-thick.

The battery is measured in at 4140mAh. The port on the bottom is a reversible USB Type-C that offers Quick Charging 2.0.

ZTE has the Axon Max up for pre-order right now if you’re interested and live in China. It retails for 2799 Yuan, or around $432. It should release later this month, according to ZTE. However, there’s no word yet on whether or not it will see the light of day outside of China.

What do you think of the Axon Max?