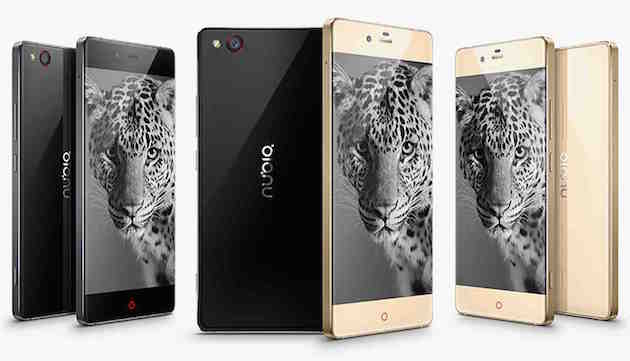 ZTE has taken the wraps off the Nubia Z9, a smartphone that not only packs a very thin bezel, but also manages to cram some features into those thin bezels.

The device features a 5.2-inch 1920×1080 display, with an octa-core Qualcomm Snapdragon 810 processor under the hood. On the back, the Nubia Z9 boasts a Sony-made 16MP camera with an IMX234 sensor and f/2.0 aperture. It also hasÂ optical image stabilization for good measure. The front-facing camera is an 8MP shooter. The device has a battery measured in at 2900mAh, and there are two variants to choose from: a 32GB/3GB RAM “Classic Edition,” or the 64GB/4GB RAM “Elite Edition.” It’s running Android 5.0 Lollipop out of the box.

As for the new features within the Nubia Z9, the ZTE-branded smartphone features Frame Interactive Technology, or FIT. With this technology, owners can use special gestures, even ones as simple as gripping the phone in a specific fashion, to enable certain elements on the handset. That includes being able to grip the phone in a unique way to activate it, or touch all four corners of the device’s display while the handset is horizontal to activate the camera. Squeezing the sides of the phone twice will bring up one-hand mode, or slide a finger along one side of the display to adjust the brightness of the screen.

Gestures have been around for quite a bit of time now, but ZTE has certainly but a nice twist on it.

What do you think of the Nubia Z9?