ZTE nubia Z9 is coming to the U.S. with thin bezels, Snapdragon 810 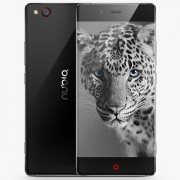 Good news, everyone! The ZTE nubia Z9 that made its debut in China last month will be coming to the U.S.

All three models of the nubia Z9 feature a 5.2-inch 1920×1080 display with crazy-thin bezels. Those bezels arenâ€™t just for looks, though, because ZTE has included Frame Interactive Technology that allows you to activate certain features by touching parts of the edges of the screen. For example, you can launch the camera by turning the Z9 sideways and putting your fingertips on all four corners of the screen. You can also take a selfie by squeezing the phone.

It used to be that almost no phone makers sold their devices directly to U.S. shoppers, but thankfully that trend is changing soon and becoming more like the international market, where manufacturers regularly offer unlocked phones to consumers. Lately weâ€™ve seen Sony, HTC, Motorola, Huawei, and ZTE embrace the trend of selling unlocked phones in the U.S., and itâ€™s awesome to see ZTE keeping that up by planning to launch its high-end nubia Z9 in the States. Obviously itâ€™s kind of a bummer that the U.S. launch of the nubia Z9 is coming months after the Chinese launch, but hey, a late U.S. launch is better than none at all.