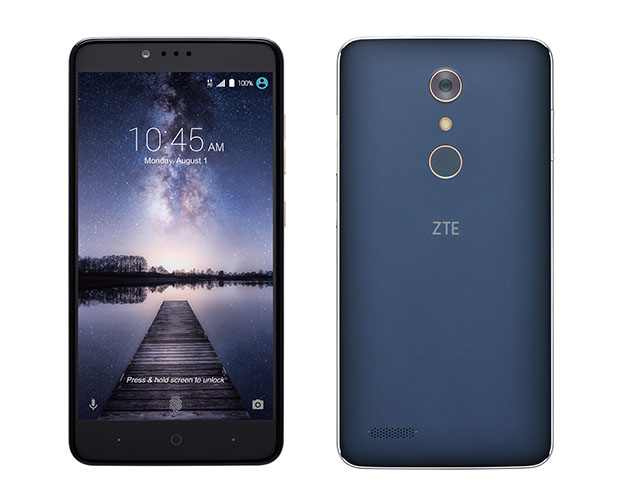 ZTE has announced the new ZMAX PRO, a smartphone that’s coming to MetroPCS on August 1. And though it’s only $99 after an instant rebate, it’s not all that budget oriented.

ZTE claims that the ZMAX PRO is the first carrier-supported device in the US to feature a fingerprint reader under $100, which is impressive. Other specs include a 6-inch 1080p display, 13MP/5MP rear and front cameras, 32GB of storage with a microSD slot,Â andÂ a 3,400mAh battery.

For a hundred bucks, the device seems like a pretty good deal. You’ll be able to buy it on August 1, and if you pre-order it at MetroPCS, you’ll get a free leather case by mail. Of course, budget devices like these will have some sacrifices. What do you guys think of this device? Leave a comment!

second largest in the no-contract market, * today announced the availability of the next generation of

the ZMAX series, the ZMAX PRO, at MetroPCS for the affordable price of $99.00 after instant rebate. The

ZMAX PRO breaks barriers as the first U.S. carrier supported phone under $100.00 that features a

fingerprint sensor, and its 3400 mAh battery, 13MP and 5MP cameras, up to 32GB of internal storage,

and a big, beautiful 6-inch FHD display provides unmatched value for consumers. To get the hottest deal

of the summer visit MetroPCS in store or online at www.metropcs.com/ZMAXPRO.

â€œZTE drives innovation that impacts the daily lives of U.S. consumers by delivering innovation to the mid-

tier segment, as seen in the affordable ZMAX PRO that features the latest technology for less than

phablet under $200 and made it available on T-Mobile. Now, we are delivering a premium fingerprint

sensor on the ZMAX PRO with MetroPCS. We continue giving consumers what they want, value, and use

at a pace in which they ask for it.â€

ZTE doesnâ€™t sacrifice quality, features, or service â€“ and neither should you. Get the premium experience

you deserve at a fraction of the price.

ï‚· 6-inch display that is both big and beautiful

than enough room for photos, videos and music

For full list of phone specifications and features visit www.metropcs.com/ZMAXPRO.

ZTE phones are quality tested under the most stringent conditions in world-class lab facilities. ZTE

first phone with MetroPCS in 2007.

ZTE USA (www.zteusa.com), headquartered in Richardson, Texas, is a subsidiary of ZTE Corporation, a

1998, ZTE USA is dedicated to making cost-efficient, quality communication technology accessible to all.