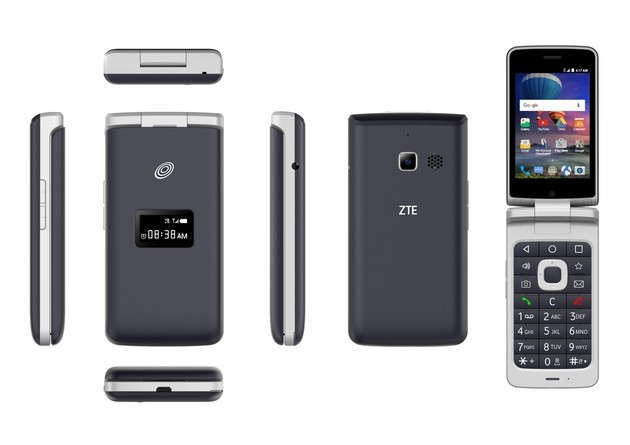 ZTE has announcd the Cymbal-T, a Â cheap Android-powered flip phone. Flip phones are rare these days so it’s pretty cool to see a new one released with Android and a touchscreen, though most of us are not going to be buying such a device.

The Cymbal-T features a 3.5-inch display, a 1.1GHz Snapdragon 210 processor, 1GB of RAM, 8GB of storage with support for microSD cards up to 32GB, a 5MP rear camera, a 2MP fixed focus front camera, Android 5.1 Lollipop, and 4G LTE support.

The specs aren’t going to blow anyone away, but the price is reasonably low (though you can buy better phones at the price). It costs $99.95 and comes with a case, car charger, and 1200 each of minutes, text, and data through TracFone. Hit the source link if you want to learn more.