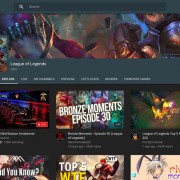 Last year, Google was rumored to be interested in acquiring game streaming service Twitch for nearly $1 billion. Ultimately it was Amazon that purchased Twitch, but that didnâ€™t put an end to Googleâ€™s interest in gaming.

YouTube Gaming is now official, and as youâ€™d expect, itâ€™s basically Googleâ€™s version of Twitch. The service will be home to gaming content like livestreams, Letâ€™s Plays, speed runs, and more. Youâ€™ll be able to subscribe to channels on YouTube Gaming and get alerted when they start livestreams, and youâ€™ll also be able to keep track of a single game using one of the more than 25,000 dedicated game channels so that you can view all of the content related to a single channel.

When it comes to streaming content, YouTube Gaming is working to make its service as attractive as possible. Itâ€™ll offer 60fps streaming and DVR functionality, and streamers will no longer be required to schedule a stream to actually start one up. Once a stream is done, YouTube Gaming will be able to automagically convert the stream into a YouTube video.

YouTube Gaming will officially launch in the US and UK this summer. Itâ€™ll be available on the web as well as Android apps for phones and tablets so that you can view streams on the go.

Weâ€™ll have to wait until this summer before we can actually give YouTube Gaming a go, but so far it looks like a pretty solid service. Livestreaming video games have become hugely popular in recent years, especially with consoles building livestreaming capabilities into their software, and content like Letâ€™s Plays are big as well. While YouTube is probably the most established and well-known video service around, Twitch is pretty big in the gaming space, and so YouTube Gaming is going to have to work hard to convince content creators to check it out over Twitch. Itâ€™ll be interesting to see how successful itâ€™ll be in that effort.