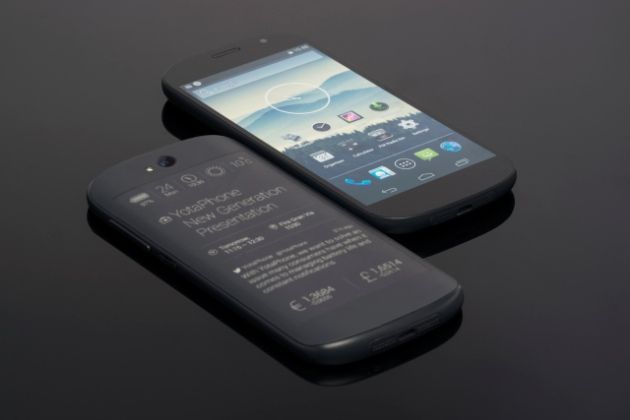 Yota Devices said earlier this year that the YotaPhone 2 would be coming to the North America, and now the dual-screened device is finally available for purchase.

The YotaPhone 2 is available for purchase starting today via an Indiegogo campaign. Interested consumers that are also quick on the click can snag a YotaPhone 2 for $500 â€” $100 off the MSRP â€” as well as a three-month BookMate subscription and a bumper case. The phone will be available in both black and white variants. In addition to the YotaPhone 2 itself, this Indiegogo campaign will offer a Yota Wireless Power Bank for $50. The Indiegogo campaign will run for 60 days, and its $50,000 goal is meant to help fund the certifications and fees necessary for the device to launch in North America. Yota Devices says that it aims to ship units out Indiegogo backers in early August ahead of the YotaPhone 2′s full North American launch.

The main draw of the YotaPhone 2 is its dual-screen setup that includes a 5-inch 1920×1080 AMOLED display and a 4.7-inch 960×540 E-Paper screen. The phoneâ€™s also got an 8-megapixel camera on its rear and a 2.1-megapixel snapper on its face. Packed inside of the YotaPhone 2â€™s 8.95mm-thick body lives a 2.2GHz quad-core Snapdragon 801 processor, 2GB of RAM, 32GB of storage, 4G LTE, a 2500mAh battery, and Qualcomm Quick Charge 2.0 support. Also included is Android 5.0 and features like YotaFitness, YotaRemote, and YotaNotes.

The original YotaPhone never saw a very wide release, so itâ€™s nice to see the newer model is spreading to the U.S. and Canada. Whatâ€™s more, the YotaPhone 2 will launch in North America with Android 5.0 out of the gate, so buyers will immediately get to try out the better camera and responsiveness improvements that came with Lollipop.

Are you going to order a YotaPhone 2?