Xiaomiâ€™s Mi Store will launch in US, UK, France, and Germany on June 1 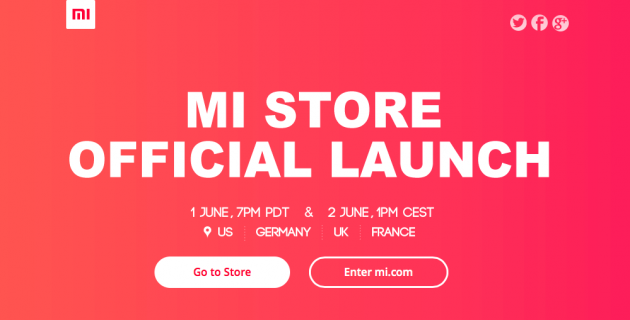 Lots of us in the US and Europe would love to get our hands on some Xiaomi smartphones, but for now weâ€™ll have to settle to consistently having access to Xiaomiâ€™s accessories. Thatâ€™s not a bad thing, though, because they all look nice and theyâ€™re relatively affordable. Plus, Xiaomi can use this initial launch to establish itself in these markets and get its name out there, and hopefully thatâ€™ll lead to more products being added in the future.

Did you pick up any of Xiaomiâ€™s accessories when it held its store beta test earlier this month?