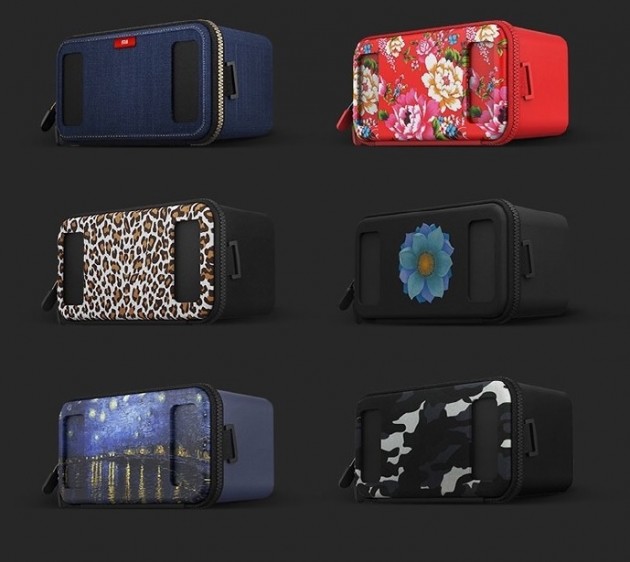 Virtual reality is all the rage, so when a company announces a VR headset, it’s not at all surprising anymore. Even when Xiaomi does it.

XiaomiÂ has officially unveiled the Mi VR Play headset, whichÂ a few very unique qualities thatÂ should help differentiate it from the competition. Xiaomi’s VR headset supports smartphones that range in size from 4.7 inches to 5.7 inches. Xiaomi has put a big focus on comfortability with the headset, wrapping it inÂ Lycra for better long-running VR sessions.

The most unique part of the Mi VR Play headset, though, is the design. Instead of having a locking mechanism that sets the phone in place, usersÂ will actually place their phone into the headset via a zippered pocket. Yes, Xiaomi has gone with a two-way zipper design to hold the phone in place. Once it’s in place, there are dual front openings that allow users to adjust the phone as they need it.

The other physical details include a textured metal button that users will press to interact with their phone while it’s in the case and anti-reflective lenses. Xiaomi will also let owners use custom images for the headset to really make it stand out, so it’s not just a standard-looking headset.

When it comes to content, Xiaomi has built an entire platform around virtual reality, includingÂ a VR app where users will be able to look through an expanding catalog of media. Xiaomi says that its 2D and 3D library will feature weekly updates, and sadly, that it’s available in China only.

What we’re still missing is a release date and pricing, but considering the headset is now official it shouldn’t be too long before those details come to light.