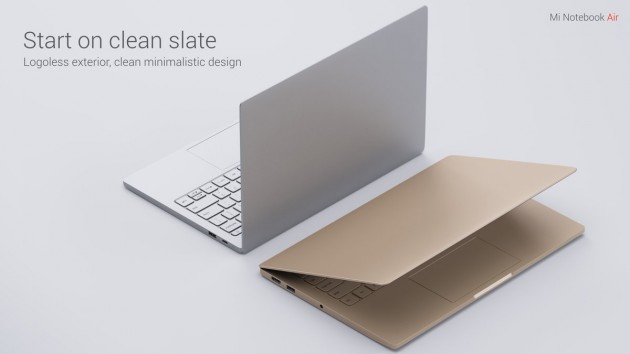 Xiaomi‘s long-running Redmi lineup expands again with another high-end device, and now the company has a brand new laptop headed to the Chinese market as well.

First up, the new Redmi Pro with a 5.5-inch OLED full HD display with 2.5D curved glass. There are three variants coming down the pipeline. The high-end variant features a deca-core MediaTek Helio X25 processor under the hood. There’s a fingerprint reader on the front, just below theÂ display. The Redmi Pro also features 128GB of built-in storage, a microSD card slot, 4GB of RAM, and the battery is measured in at 4050mAh. It also boasts a hybrid SIM card slot and a USB Type-C port.

The other feature all variants share is a dual-camera setup on the back. The primary shooter is a 13MP camera, while the secondary camera is a depth sensor that boasts a 5-megapixel shooter.

The other new device is the Mi Notebook Air, a brand new laptop fromÂ Xiaomi. It boasts a 13.3-inch full HD display with edge-to-edge glass protection. The bezels measure in at only 5.59mm thin. It’s a full metal body, and the keyboard supports backlit keys, with 1.3mm keystrokes. There is one HDMI port, a pair of USB 3.0 ports, and a single USB Type-C port.

Inside, the Mi Notebook Air features a GeForce 940MX GPU, which Xiaomi says supports Boost 2.0 gaming effects, DirectX 12, and PhysX for good measure. The Intel Core i5 processor can be clocked up to 2.7GHz, and it features 8GB of RAM. There’s a 256GB SSD inside, and there’s an expandable SSD slot, too. The Mi Notebook Air is running Windows 10 out of the box. It’s priced at RMB4999.

On top of all that, Xiaomi also announced a 12-inch variant of the same laptop, which Xiaomi says can last over 11 hours on a single charge. It boasts an Intel Core m3 processor, 4GB RAM, 128GB SSD, and runs Windows 10. It’s priced at RMB3499.

Both laptops go on sale in China on August 2.

What do you think of Xiaomi’s new devices?