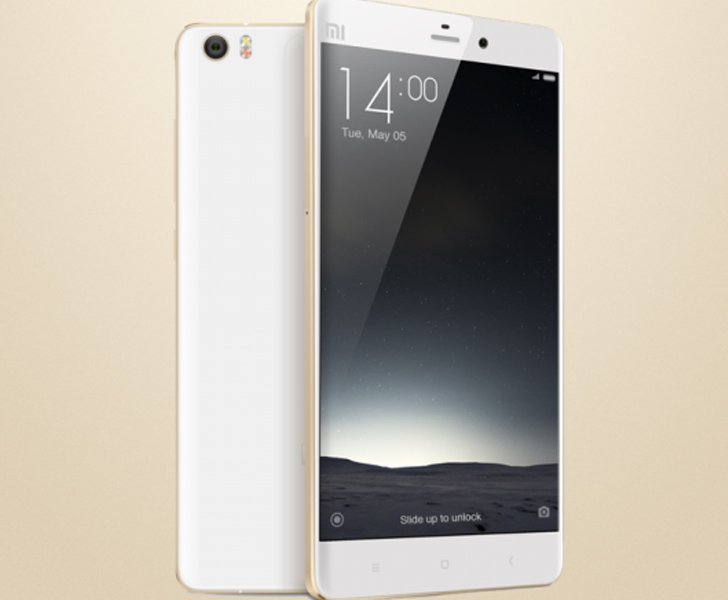 After Xiaomi teased the Mi Note Pro back in January, we knew that the device was a top-tier flagship smartphone. Now the Mi Note Proâ€™s full spec list has been revealed, and in the process Xiaomi has reaffirmed the deviceâ€™s high-end status.

The Xiaomi Mi Note Pro features a 5.7-inch 2560×1440 Sharp/JDI display on its face with Sunlight Display tech thatâ€™ll help to make the screen readable outdoors. Also on the front of the phone is a 4-megapixel camera with 2-micron pixels for good low-light performance. Meanwhile, the back of the Mi Note Pro houses a 13-megapixel camera with a Sony IMX214 sensor, 6-element f/2.0 lens, and optical image stabilization.

Packed inside of the Mi Note Proâ€™s two slabs of glass â€” the front of which is 2.5D curved and the back is 3D curved â€” is an octa-core Snapdragon 810 processor. Donâ€™t worry about those rumors about the chip overheating, though, because Xiaomi says that itâ€™s applied several thermal patents that keep the device cool. Alongside the Snapdragon 810 lives 4GB of LPDDR4 RAM, 64GB of flash storage, 4G LTE, Hi-Fi audio, and a 3090mAh battery. With the Mi Note Proâ€™s Quick Charge 2.0 tech, that battery can get a 70 percent charge in one hour.

Xiaomi says that the Mi Note Pro will go up for sale on mi.com on May 12 at a price of RMB 2999 ($483 USD). Thatâ€™s a pretty nice price for any Android flagship, but itâ€™s even better considering what youâ€™re getting in the Mi Note Pro. The bad news is that itâ€™s unlikely that the Mi Note Pro will be launched outside of China, meaning that most of us will have to drool over it from afar. If you do live in China, though, youâ€™ve got a pretty impressive phone headed your way.