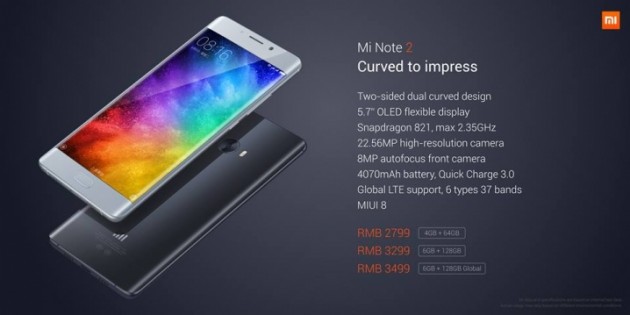 Xiaomi made a whole host of announcements today. The three devices announced were the Mi Note 2, Mi VR, and Mi MIX. The last one is by far the most interesting though, as it’s a “concept” device brought to life.

The Mi MIX features a 6.4-inch 17:9 edgeless display with rounded corners. The device has a 91.3% screen-to-body ratio, which is insane. It doesn’t even have an earpiece! Instead it uses cantilever piezoelectric ceramic acoustic technology to vibrate sound rather than play it through an earpiece. It also features an ultrasonic proximity sensor behind the display.

What do you think of today’s announcement? How many of you are drooling over the Mi MAX? Leave a comment!