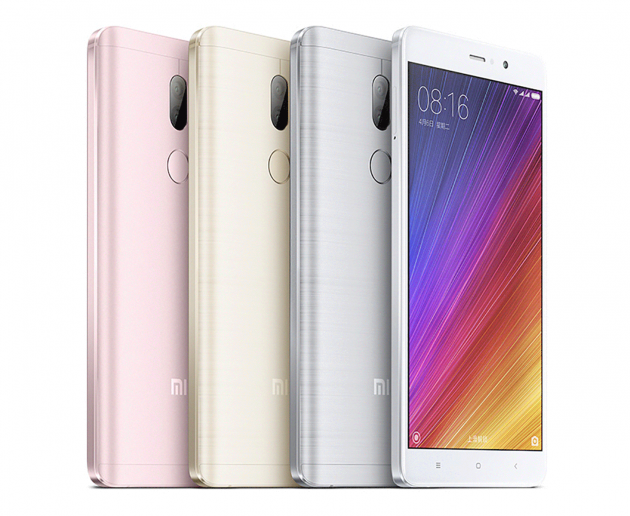 Xiaomi has a pair of brand new smartphones, having just unveiled both the Mi 5s and the Mi 5s Plus, both of which are outfitted with high-end specs.

First up, the Xiaomi Mi 5s. This device boasts a 5.15-inch 1080p HD display, a Qualcomm Snapdragon 821 processor, and a 12-megapixel camera with a Sony IMX 378 sensor. That camera features phase detection autofocus, an 80-degree wide-angle lens, and an f/2.0 aperture. The Mi 5s comes in a 3GB of RAM/64GB of storage variant and a 4GB/128GB option as well. The latter modelÂ will also feature a pressure-sensitive display.

The Mi 5s features an “ultrasonic” fingerprint reader, which Xiaomi says will work even if your finger is dirty or sweaty. The front-facing camera is a 4MP shooter with an 80-degree wide-angle lens, and the battery is measured in at 3200mAh. Finally, it boasts NFC and dual-SIM support.

As one might expect, the Mi 5s Plus is bigger than the Mi 5s in key areas. It boasts a 5.7-inch 1080p HD display, and the battery measures in at 3800mAh. It will offer a 4GB/64GB base model, but the top-tier variant will feature 6GB of RAM and 128GB of built-in storage. The other key difference is the pair of 13-megapixel cameras on the back of the handset. One is a color shooter, while the other is a black-and-white camera that Xiaomi says can capture more light.

As far as the other features go, the Mi 5s Plus boasts a Qualcomm Snapdragon 821 processor, a 4MP front-facing camera with an 80-degree wide-angle lens, a rear-mounted fingerprint sensor, dual-SIM slots, and NFC support.

What do you think of Xiaomi’s new phones?