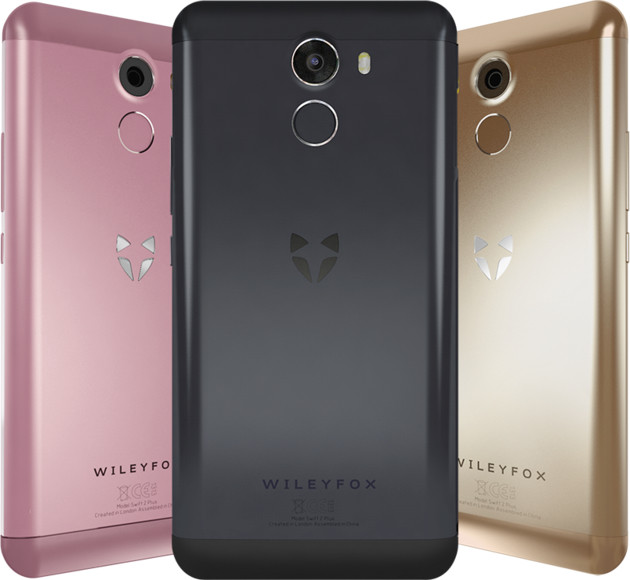 Wileyfox is a UK smartphone manufacturer thatÂ just announced two new smartphones. The Swift 2 and Swift 2 Plus areÂ budget phones that are very similar, butÂ the Plus gets you some better specs in a few key areas.

The Swift 2 features a 5-inch 720p display, an octa-core Snapdragon 430 processor, 2GB of RAM, 16GB of memory with a microSD slot, a 13MP Samsung camera sensor in the rear, an 8MP camera up front, a 2,700 mAh battery, and CyanogenMod 13.1 based on Marshmallow.

Despite the budget specs, the device is aiming to be more “premium” than it really is. It has an aluminum body with aluminum etched buttons, a fingerprint scanner, NFC, a USB Type-C port with Quick Charge 3.0, and a beefy speaker.

The Swift 2 Plus upgrades the 13MP camera to a 16MP Samsung ISOCELL sensor, 2GB of RAM to 3GB, and 16GB of memory to 32GB. Otherwise, it’s the same device.

The devices look to be great for people on a budget who want a device that feels premium. The Swift 2 will go forÂ Â£159 ($196) and the Swift 2 Plus will go forÂ Â£189 ($233). They’re available to purchase in the UK right now in the source links. How many of you are interested in the devices?