The Force is about to wake up and you should not fall asleep; It is now a good time to start making your preparations to catch up with the first six films in the series and prepare for the seventh installment of Star Wars.

For several weeks you can buy tickets to see the film in the cinema in the United States. Chains like AMC, Cinemark and UA already have tickets available for three types of presentations: Imax, 3D and Standard. Despite all the promotion of the film says this Friday, December 18, opens in US the tape can be seen from 7 pm local time Thursday, December 17, in many theaters of the country.

One of the easiest ways to buy your tickets from and is using the app or the website of Fandango, which even has a special page devoted to The Force Awakens. Fandango you can choose your room, time, type of function and even your places (if the movie offers this service). But beware, Fandango charges you a commission for each ticket. 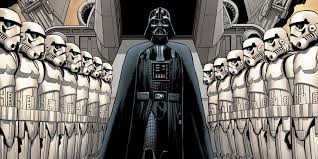 Many fans and not so fans of the series will be thinking and refresh your memory again throw the first six films of the Star Wars.

The first film, which at the time was called only Star Wars and was subsequently renamed Episode IV: A New Hope, was released in 1977. Episode V: The Empire Strikes Back (1980) and Episode VI: Return of the Jedi (1983 ) completed the first trilogy. In 1999, George Lucas released Episode I: The Phantom Menace and, later, Episode II: The Attack of the Clones (2002) and Episode III: Revenge of the Sith (2005), the prequel to complete calls.

There is much debate about the uneven quality of the six films and even on the right to view the order. But if all you want to catch up and get ready on 17 December for the seventh installment, you can buy the digital download of Star Wars: The Digital Movie Collection on Amazon for US $ 89.99. Amazon also can purchase individual film for digital download for $ 19.99. BluRays DVDs and tapes, Amazon, cost from just under US $ 15 each. There is also a complete collection on DVD for just over $ 80.

You can also buy the entire collection in iTunes at the same price on Amazon.

It is worth mentioning that this is currently the only way to see the previous six films of the Star Wars at home legally – at least in the US The demand services of cable or satellite broadcasters do not currently offer, nor services like Netflix or Amazon Prime.

However, if you are a diehard fan of the Force, StarWars.com published this list (at the bottom of the page) of all theaters in the US that will have a marathon seven Star Wars films on December 17, starting with The Phantom Menace and culminating with the premiere of The Force Awakens. You can view the list, which includes theaters in cities like San Francisco and San Jose, California; Houston and San Antonio, Texas; Chicago, Illinois; Orlando and Miami, Florida; and New York.

Also for the quasi-jedi or quasi-sith, Disney has surprises organized in two amusement parks in the US Between 7 and 8 pm on December 17, the AMC Disney Springs 24 in Orlando show The Force Awakens then offer a private party at Disney’s Hollywood Studios where attendees can get the game Star Tours – The Adventures Continue and dance with music by a DJ, culminating with fireworks night with music from Star Wars.

Disneyland opened new games and experiences inspired by The Force Awakens on November 13, while Disney’s Hollywood Studios in Disney World will open its news related to Star Wars on December 1. These include both California and Florida, a renewed game inspired by The Star Tours Force Awakens and an entire area dedicated to the Star Wars saga called Launch Bay complete with a bar modeled on that of A New Hope.

So, you see, the truth Force is already waking up. Do not fall asleep!

Meanwhile, we leave some of the notes that we have written about each Force Awakens The trailers that have been released so far for you to go getting an idea of what this film: