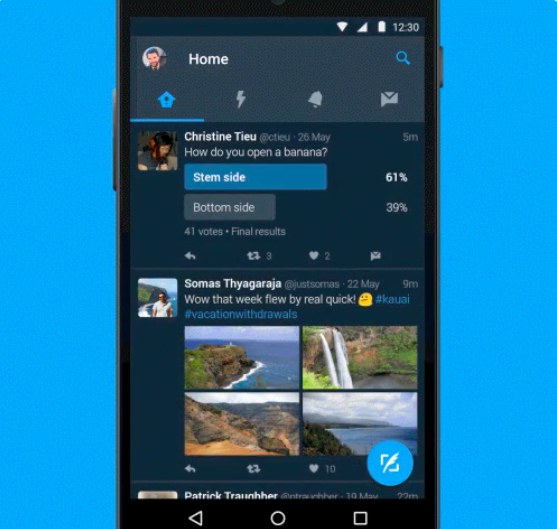 Back in May, word on the street was that Twitter for Android was going to add a new Night Mode into the fold. Sure enough, those rumors were right on target.

Twitter has officially announced that Night Mode is now available in its official app for Android. To get it to work, users need to tap either the navigation menu icon or their profile icon, and in there there’s a new option for Night Mode. You’ll slide the bar to “on” if you want to activate the new feature, or switch it to “off” if you want to go back to the traditional view.

Now on Android! Turn on night mode to Tweet in the dark.