It is known the “stubbornness” of Samsung to be identified as a separate product to distance itself from its own lines in the design of Google with that material design and the default version of Android Lollipop has achieved the critical acclaim and Android community for many users who are looking for a phone with an almost pure form. Literally stepping over this, the Korean manufacturer continues erre que erre with your own custom layer called Touchwiz that apart from leaving for other homes on the design, is also often slow down the implementation of a new version of Android, which results in its users take time to have the new versions, as with the Galaxy S5 still does not know when or Marshmallow be updated.

While they may be content with the look that will have the new Touchwiz, as we learned in the last hours where some images have been leaked of what will be the new version 6.0 of Android in the Galaxy Note 5. TouchWiz has been changed Marshmallow various shapes and apart from what is design, it has also been found that such no longer has memory problems that users get this great phone in the current version of Lollipop. Before going to crumble a little Marshmallow will be the new version, it should be remembered that this is a trial version, implying that there may be last minute changes.

Away from material design and pure version of Android
Samsung wants to move away from the pure version of Android and identify with their own custom layer TouchWiz. And in the analysis that I made the Galaxy S6 me were the desire to know it would be that great hardware with a default version of Android Lollipop, so we will continue with this little disappointment and more, knowing that this new TouchWiz distances of these virtues and benefits that have been praised by many around the world. 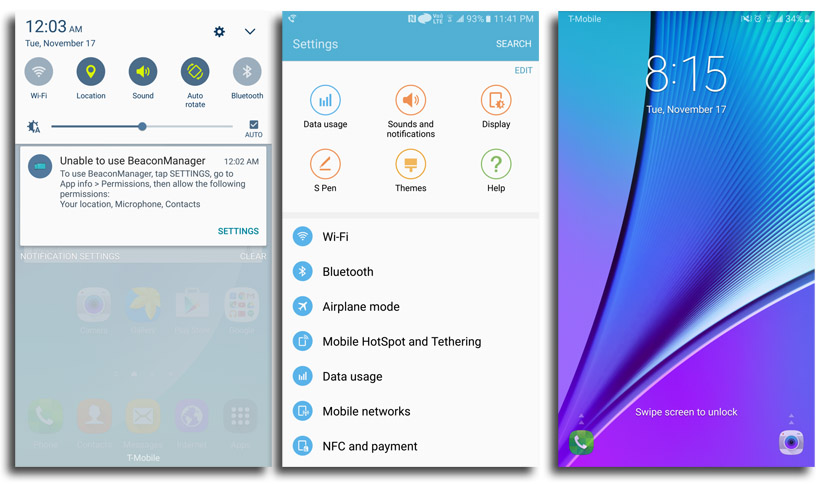 The user interface now has to white as the predominant color accents the same as this particular green layer. Just do not expect a TouchWiz totally changed since the obvious changes are the use of certain animations material design and a clearer interface in every way with a ajuntes relocated somehow. 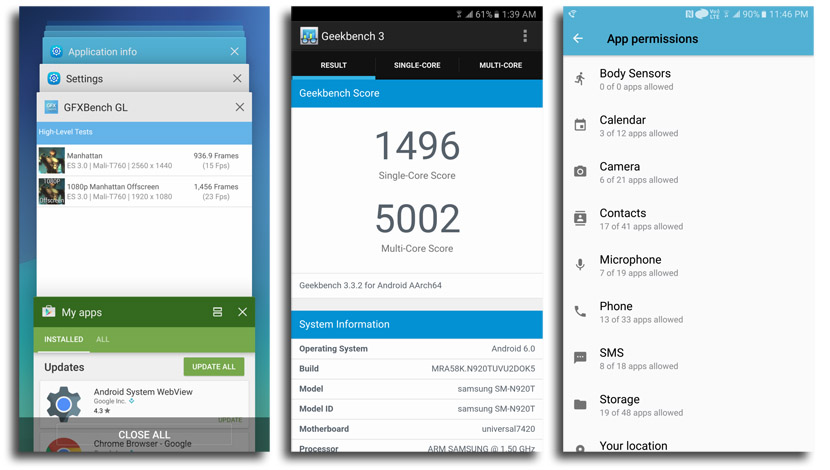 And here we have arrived at the interface changes with the target set by Samsung to follow their own personalized with your layer in design. So, if you want to opt for a pure Android interface, you know that manufacturers and terminals must search.

Improved performance
Performance could say it’s the best of this Marshmallow update for Samsung devices that will receiving it in the coming months. It also has security patches of November, something always important. 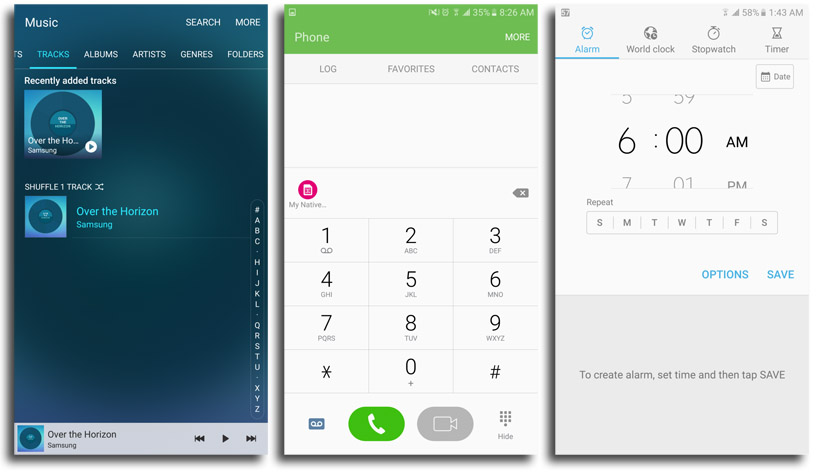