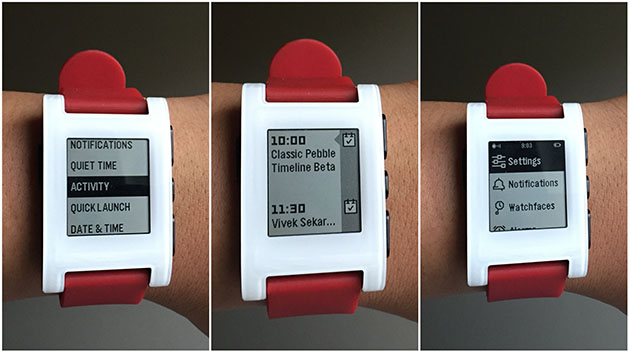 With the launch of the Pebble Time came Timeline, which the interface in Pebble Firmware 3.0. It organizes all of your information in a timeline centered around the present, and you can go into the past or future with a press of a button.

At timeÂ of the Time’s launch, an update to the new interface was promised for the classic Pebble and Pebble Steel. Now Pebble says thatÂ it’s officially coming later this month! You’ll get the new UI on your old Pebble, which is pretty amazing considering it’s two and a half years old now.

If you’re an Android user, you have the chance to beta test the update right now. You can apply for the beta in the source link below, though your only language choices will beÂ English. Head over there and get started!