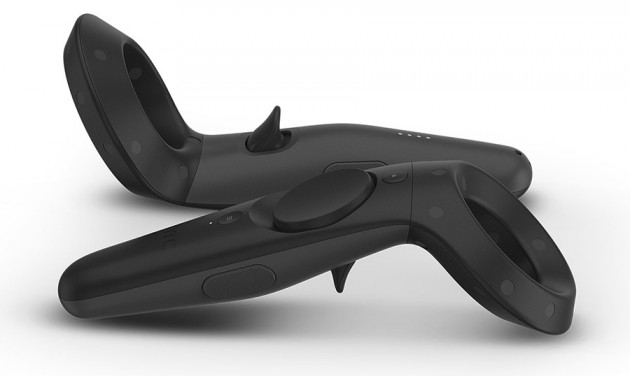 HTC has announced that it will be unveiling a new HTC Vive Developer Kit at CES in two weeks. While we still don’t know what the “very, very big technological breakthrough” is that was teased by HTC’s Cher Wang, the images in this post do show the new HTC Vive headset and controller design for the next generation developer unit. The updated headset and motion tracking controllers are a lot more refined than the original ones HTC hasÂ been sending to developersÂ since they were first shown off at Mobile World Congress earlier this year. That being said, there’s still a chance that the final consumer version (expected in April) may have even more tweaks.

The only obvious feature enhancement that we can spot in the new design is the inclusion of a camera on the front of the HTC Vive headset. TheÂ camera could be used to allow the HTC Vive to act as an augmented reality headset by displaying a real-world image onto the headset’s display. The inclusion of the camera may be theÂ “technological breakthrough” that will be announced at CES. We’ll just have to wait and see.