The Sony Xperia C4 has a 5-megapixel selfie camera and a 5.5-inch screen 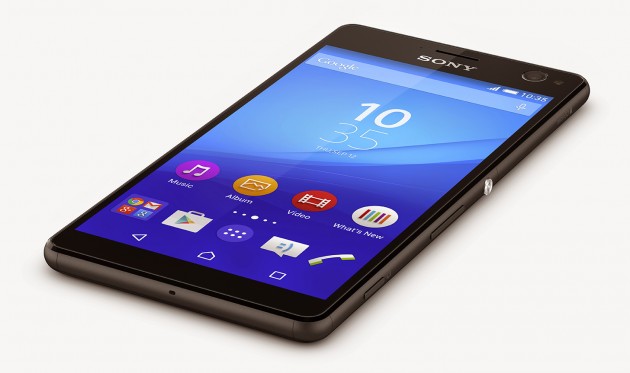 Sonyâ€™s latest smartphone is all about the selfie.

The Sony Xperia C4 is the latest in Sonyâ€™s line of â€œPROselfieâ€ smartphones, featuring a 5-megapixel camera with 25mm wide-angle lens, Exmor R for mobile sensor, LED flash, and HDR support. Sonyâ€™s also thrown in its Superior Auto shooting mode and SteadyShot technology on the software side, all of which will work together to produce some high-quality self photographs. All of those front-facing camera features doesnâ€™t mean that Sonyâ€™s neglected the C4â€™s rear camera, though, because the phoneâ€™s got a 13-megapixel shooter with LED flash and HDR.

Sony says that the Xperia C4 will be available in â€œselect marketsâ€ starting in June 2015. Thereâ€™s no word yet on how much youâ€™ll have to pay to make the C4 your new selfie machine, but it could be an affordable alternative to the Xperia Z4. The Xperia C4â€™s not quite as high-end as the Z4, but it does have an octa-core processor, large and high-res screen, and a design similar to Sonyâ€™s flagship.

What do you think of Sonyâ€™s new Xperia C4?