The OnePlus 5 will be unveiled on June 20 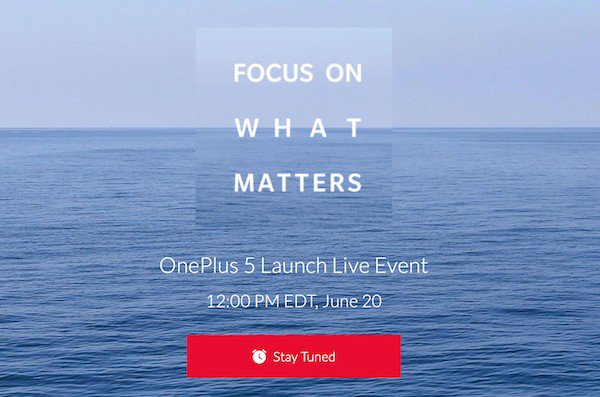 OnePlus has been teasing the OnePlus 5 for quite some time now, confirming the future flagship phone’s name weeks ago and even confirming there will be a Qualcomm Snapdragon 835 processor under the hood.

And now, while there will probably be more teases of some kind between now and then, OnePlus has announced that they will officially unveil the OnePlus 5 on June 20. There will be a live launch event on that date beginning at 12:00 PM EDT. We’ll get to see what OnePlus has to offer the smartphone market, following up on the relative success of the OnePlus 3 and OnePlus 3T.

There will also be pop-up eventsÂ that will letÂ you get your hands on the OnePlus 5 in different cities across the globe. Here are their locations:

In some cases there will apparently be special guests on site to spruce up the pop-up event.