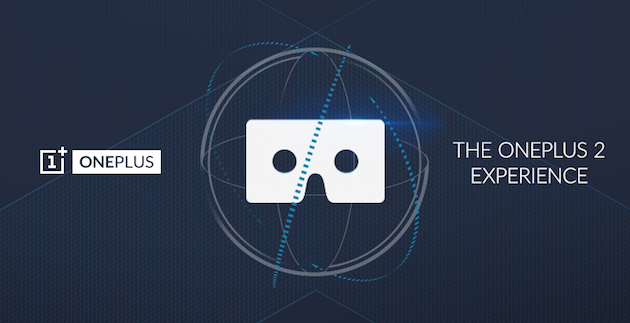 A lot of people think that virtual reality (VR) is going to be a big factor in the world moving forward, especially when it comes to entertainment, even when it’s on your smartphone. For example, HTC recently jumped onto the VR bandwagon when it announced the Vive headset. Now OnePlus wants to get in on the fun, too, but in a slightly different way.

The company has just announced that the debutÂ of the OnePlus 2 will be very different from past product launches, as this one will put a big focus on virtual reality and bringing in an even bigger crowd. According to the forum posting, the OnePlus 2 will be announced in a VR environment, and for those that choose to stream the event, they’ll be able to “stand next to our team and our fans as we unveil our new flagship.”

The post indicates that those that are streaming the event will be able to look around at the auditorium and experience the event in an entirely different way.

On top of that, OnePlus is also debuting its own Cardboard effort. The company says that they didn’t cut any corners in developing the headset, and even freely admit that they are “losing money” on the thing, but that OnePlus wants to share them with everyone. That headset will be available soon for $0.00, according to the official landing page, which OnePlus just launched.

So, mark your calendar: The OnePlus 2 will be unveiled on July 27 beginning at 7:00 PM PT. Are you looking forward to it? At this point, we only know what the USB Type-C cable looks like, so the unveiling of the actual handset should be something to look forward to.