The Nexus 9 is now receiving its Android 5.0.2 update 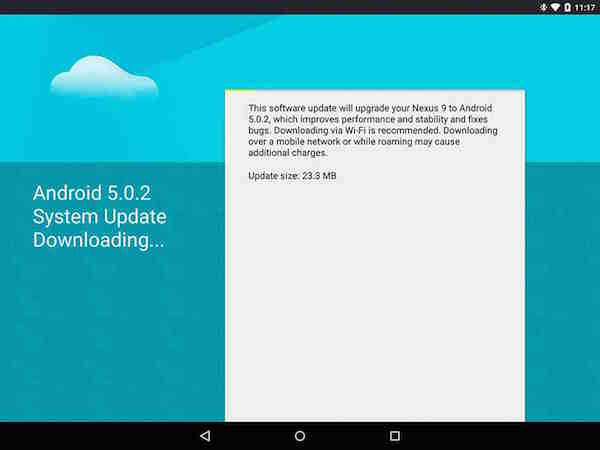 The Nexus 9 wasn’t included in the first wave of Android 5.1 over the air updates, and apparently that was for good reason, as Google has opted to push out another update altogether.

According to several different reports from Nexus 9 owners, the tablet is now receiving an update to Android 5.0.2. For those keeping track, that means the Nexus 9Â was bumped up to that version from Android 5.0.1. On top of that, the update measures in at a measly 23.3MB, which would indicate it’s merely an update geared towards fixing bugs behind the scenes.

The Android 5.1 update is probably on tap to arrive on the Nexus 9 soon enough, and this update could be preparing the tablet for the incoming software, but it’s back to waiting for Nexus 9 owners anyway.

Have you received the Android 5.0.2 update on your Nexus 9 yet?