The Essential Phone is now official with 5.7-inch display and more 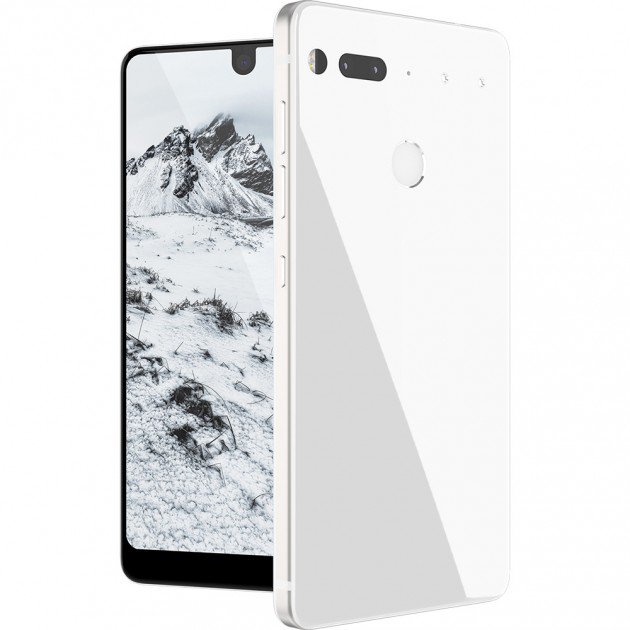 Word has been floating around on the street that Andy Rubin, the “father of Android,” would be launching a new company called Essential andÂ a brand new smartphone. RubinÂ teased that phoneÂ earlier this year.

Now the Essential Phone is officially official, and it’s stuffed to the gills with features you’d expect in a high-end handset. That includes a 5.7-inch display, which will take up the lion’s share of attention thanks to its near-borderless design. The Essential’s display actually reaches further up than even Samsung’s Galaxy S8, but there is a bit bigger of a bezel on the bottom.

The phone itself is built using titanium for the frame, ceramic for the back panel, and Corning Gorilla Glass 5 for the cover glass. The other specifications include a Qualcomm Snapdragon 835 processor under the hood, 4GB of RAM, 128GB of built-in storage (no mention of a microSD card slot, though), a fingerprint reader on the back, USB Type-C, a battery that measures in at 3040mAh,Â andÂ fast charging support. There is no 3.5mm headphone jack, but there is Android 7.1.1 Nougat.

On the back, there are a pair of 13-megapixel cameras, and Essential is following a trend started by Huawei. That second camera is a monochrome shooter, and the camera system features “image fusion technology” so that the Essential Phone can capture better low-light photos thanks to that monochrome sensor taking in more light. The primary rear camera also boasts a f/1.85 lens with Hybrid Auto Focus, combing Contrast, Phase Detect and IR Laser Assist Focus. Meanwhile, the 8-megapixel front-facing camera can record 4K video, too.

One other major takeaway: The Essential Phone is another go at a modular design. Essential is creating a 360-degree camera to start as well as a charging dock, and both will attach to the Essential phone via pogo pins that are located near the top-right edge. More accessories will be delivered in the future at some point.

And, finally, the Essential Phone isÂ unlocked to work on all the major wireless networks in the United States, where it will be launching first. Customers can reserve their own unit right now if they wish, and it retails for $699.99.

So, who’s buying an Essential Phone?