The BLU Pure XR teased ahead of August 29 launch 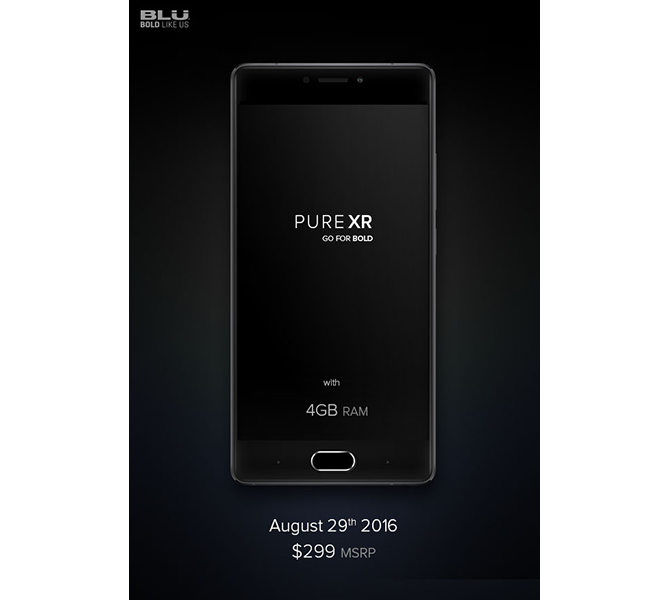 Manufacturers want you to jump on their hype train before it even arrives at the station, which is why they tease a device before launching it. And that’s whatÂ BLU is doing:Â teasing a brand new flagship device ahead of its launch later this month.

BLU is teasing the PureÂ XR on its official Facebook page, showing off the front of the device but keeping the details at a minimum. We do know the handset will boast 4GB of RAM, though. There appears to be a physical button below the display, too, and a front-facing camera in place above the display.

BLU says the PureÂ XR is a “premium device” and it will be unveiled on August 29, so the wait won’t be too long.