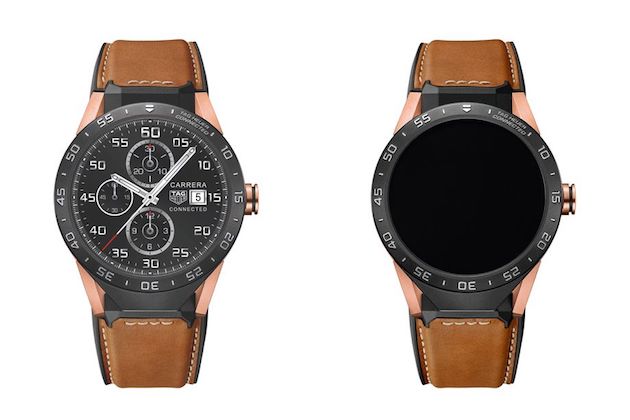 It’s been a year since TAG Heuer officially entered the smartwatch market with the Connected smartwatch, which runs Android Wear under the hood. It’s a distinct design, to say the least, and the company has apparently sold enough of the device to warrant a brand new variant a year later.

Unfortunately, it looks like TAG Heuer decided to keep the specs of the new smartwatch the same as last year’s model, which includes an Intel chipset inside, along with the distinct TAG Heuer design on the outside. There is one key difference this time around: Now the TAG Heuer Connected comes in Rose Gold, and the price tag has jumped up quite a bit to $9,900.

For reference, last year’s model, which didn’t feature a solid rose gold design, cost $1,500. With the significantly higher price tag, the new Rose Gold Connected will only be available in select retailers, so no online sales this time around.

As far as the specifications go, here’s what the smartwatch offers: A 1.5-inch circular display with a resolution of 360Ã—360, equipped with a dual-core Intel chipset inside, which is clocked at 1.6GHz. The Connected has 1GB of RAM, 4GB of built-in storage, supports Bluetooth 4.1 LE, Wi-Fi 802.11 b/g/n, and the battery is measured in at 410mAh.

How much is too much for a smartwatch? Some companies seem determined to figure it out. What do you think of the Rose Gold Connected?