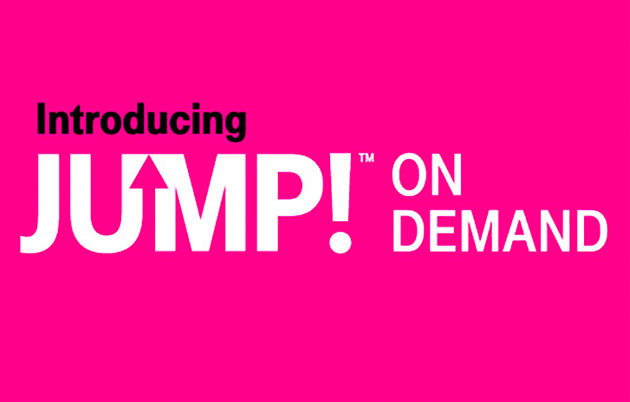 A couple of days ago, T-Mobile teased a new “Amped” announcement for June 25. And now, right on schedule, the magenta carrier has revealedÂ the first Un-carrier initiative to get amped up.

T-Mobile wants to change the way its subscribers upgrade their phones again, making it easier than ever before to get into a new phone, and at an even faster rate per year. The new Un-carrier move is called JUMP! On Demand, and it will allow T-Mobile customers to upgrade their smartphone up to three times per year. When a customer does decide to upgrade, they’ll pay nothing out of pocket in a T-Mobile store (that includes sales tax), and then pay a monthly fee for 18 months, which includes the cost of the smartphone they’re using.

T-Mobile’s example includes an iPhone 6, and the carrier says that a customer will pay $15 per month for 18 months. During that time period, the customer can upgrade to a new phone at any point in time during that time if they want to. Or, if they’d like, they can pay all 18 months for the aforementioned iPhone 6, make a final payment, and then keep the phone.

It’s worth noting that the $10 fee associated with the old JUMP! plan isn’t part of this new initiative, but the new JUMP! On Demand doesn’t include the old JUMP!’s insurance. If a user wants to include insurance for their smartphone, that’ll be an extra $8 per month.

JUMP! On Demand will launch in T-Mobile stores on June 28, and it will be available only for a “select” number of smartphones.

What do you think of the new initiative?