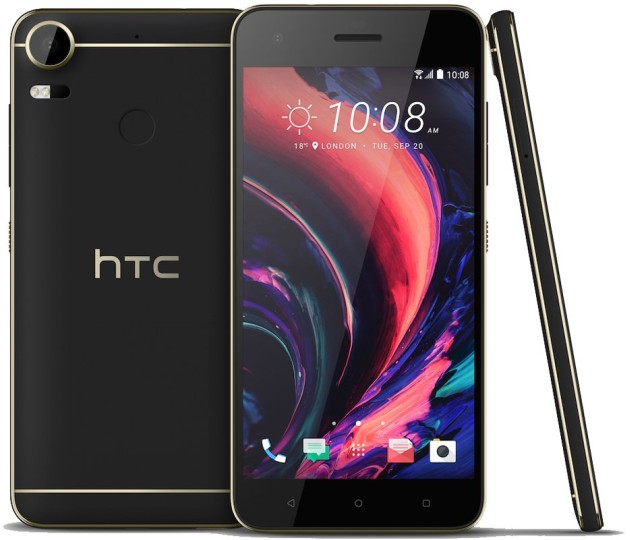 It was just yesterday that VentureBeat released leaked details of HTC’s upcoming Desire 10 Lifestyle smartphone. It was also reported that a better-specced sibling was on the way, dubbed the HTC Desire 10. Today we’re getting a bit more info and revision to the name courtesy of famed leaker, @evleaks. This leak reveals the device as the Desire 10 Pro, and shows off its black and white color options in two new photos.

The back of the device is a solid, matte color, but as yesterday’s leak predicted, there are gold metal accents. These accents ring the camera, draw lines across the back and extend to the sides of the device where they join the gold power button and volume rocker. There looks to be a slight camera hump and surprisingly, there’s also a fingerprint scanner, which is a bit unexpected for what is likely a mid-range device.

The front of the device is fairly standard, with a front-facing camera at the top and capacitive buttons beneath the display. The images also confirm that the device’s software will be skinned with HTC Sense.

The devices are expected to launch in September, but we’ll keep you up to date on any other leaks before the official reveal. In the meantime, you can follow the second source link to check out the white model of the HTC Desire 10 Pro.