Following on the heels of an official Xperia Z5 Premium in the States, Sony is wasted no time ensuring that its super-charged phablet is also available in neighboring Canada. 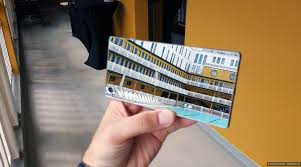 Sold through Bell, the Z5 Premium is up for grabs at $299.99 with a 2-year commitment, or “just”
$749.99 if bought without a term. We say “just” because Sony has actually managed to undercut the competition significantly, with rival Samsung’s and Apple’s competing Galaxy Note 5 and iPhone 6s Plus fetching as much as $849.99 and $1054.99, respectively. The advantage is a little less clear-cut when it comes to pricing with a contract, as while Bell asks the whopping $528.99 for the 6s Plus, Samsung’s phablet is given out for the equivalent (to Sony’s Z5 Premium) $299.99 with a 2-year term.
For those of you who’ve missed out on the Xperia Z5 Premium, it’s basically an enlarged, even more decked-out version of the Xperia Z5, sporting a 5.5-inch screen with a ridiculous resolution of 2160 x 3840 pixels (or 4K UHD). That said, the majority of time the Z5 Premium spends scaling down the image to 1080p, and only goes up within specific apps â€” like the gallery or video player. Still, even if those are two apps that you spend a ton of time perusing, it’ll be nigh impossible to notice the difference between 4K UHD and Quad HD (1440 x 2560) on such a small scale.