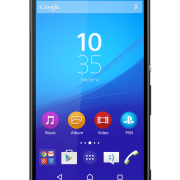 The Sony Xperia Z4 is here, and with it Sony appears to have taken the Xperia Z3 and made some tweaks to both its outside and inside. On the outside of the phone, the speaker and earpiece have been scooted to the top and bottom of the phone, giving the face a cleaner look. The Xperia Z4â€™s front-facing camera has also been bumped up to a wide-angle 5.1-megapixel shooter. And on the inside, the Z4 boasts an octa-core Snapdragon 810 processor, up from the Xperia Z3â€™s Snapdragon 801 chip.

The full spec rundown for Sonyâ€™s Xperia Z4 looks like this:

Sony says that the Xperia Z4 will launch in Japan this summer, complete with white, black, copper, and aqua green color options. No pricing details have been announced. Sonyâ€™s also not saying if or when the Xperia Z4 will be released outside of Japan, but considering that weâ€™ve seen past Xperia Z models released internationally, I wouldnâ€™t be surprised if we see the Z4 visit some other countries too.

Like Xperia Z smartphones before it, the Xperia Z4 looks like an evolutionary change from the Xperia Z3. Itâ€™s got a few design tweaks and itâ€™s got some spec upgrades, and it certainly looks like a nice smartphone. The Android landscape is as competitive now as itâ€™s ever been before, though, and so itâ€™s going to be interesting to see how Sony pushes the Z4. Hereâ€™s to hoping that we learn more â€” including information on an international release â€” soon.