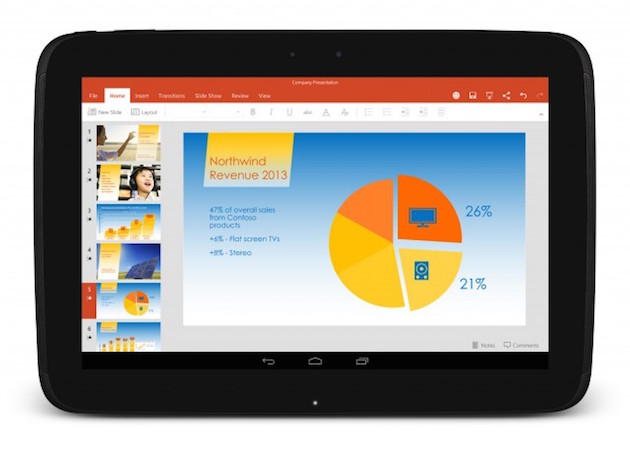 Microsoft has been inking deals with Android hardware manufacturers to make sure that many of its Office apps come pre-installed on the hardware. Samsung was part of the initial announcement, with several other regional manufacturers thrown in for good measure. Now, Microsoft has added yet another laundry list of companies to the mix, including two popular names.

On May 26, Microsoft announced that it has added another series of companies to its growing list of partners that will include Office apps pre-installed on Android-based tablets released in the future (even if they’ve already been announced). Within that announcement, Microsoft revealed that Sony and LG have been added. For the latter company, the apps will come pre-installed on a new, unannounced tablet. For the former, these Microsoft apps will be installed on the Xperia Z4 Tablet within the next 90 days.

That brings the total number of these partners to 31, so quite the impressive list for Microsoft. Do you use Microsoft’s Office apps?