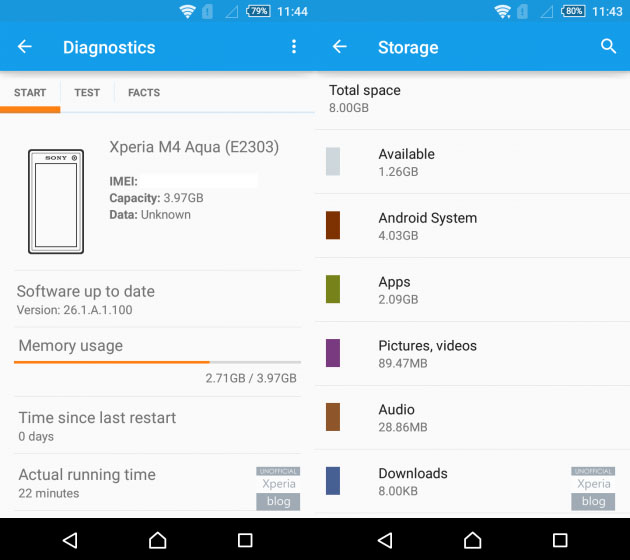 Seeing low amounts of storage on low-end and mid-range devices isn’t rare, though 16GB is often expected now that 32GB has nearly become the standard. But some devices still come with a meager 8GB of storage to save some money, and the Sony Xperia M4 Aqua one of them. But how much usable storage should you expect out of an 8GB device? 5GB? 4GB?

Thanks to the size of Lollipop as well asÂ Google and Samsung’s preinstalled apps, owners of the M4 Aqua get 1.26GB. Yeah, that’s no mistake. That leaves enough for some apps, cache, and maybe half of a high quality game. Yes, the device has a microSD slot, but external memory isn’t as useful as internal as many things must go on internal memory.

We doubt we’re alone in thinking that this is a ridiculously low amount of storage, especially an unlocked one with no carrier bloat. And deleting all the apps that can be deleted only raises it to 1.73GB, which isn’t much of an improvement. Let us know what you think of this situation in the comments!