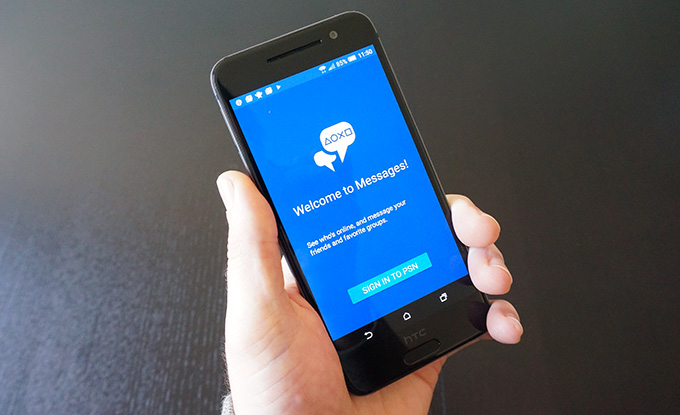 Sony and Facebook aren’t really competitors, but Sony is now following in the social media giant’s footsteps by releasing a standalone PlayStation Messages app for Android and iOS. Previously, messaging functionality was built into the PlayStation App, but Sony has decided to allow the functionality to stand on its own since messaging was likely the most used feature of the app. The new app give you the ability to view which of you PlayStation Network friends are currently online, send standard or voice messages, spam themÂ with useless stickers and even send group messages to up to 100 people.

Facebook got a lot of flak when it chose to decouple is messaging feature from its main app, but the company’s proven that a dedicated messaging apps offers a much better user experience. We’re not exactly sure if things will turn out the same way for Sony. While the PS4 is currently the must-fave gaming console, Sony’s isn’t really known for good software.

Do you think breaking messaging out into its ownÂ PlayStation Messages app is a good idea?