Saygus V Squared now on Indiegogo with Android 5.1, slated to launch in the fall 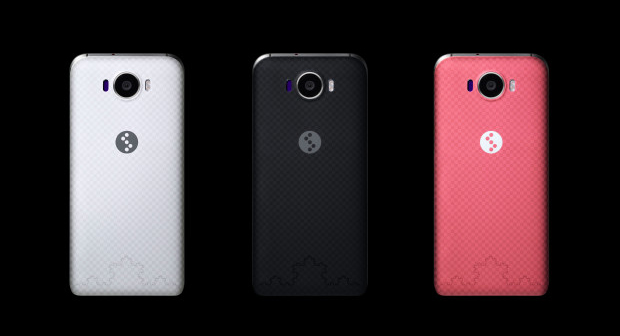 The Saygus V2 grabbed a lot of attention when it was announced at CES 2015 thanks to its removable 3100mAh battery, 21-megapixel rear camera, and dual microSD slots. After it went up for pre-order in February, though, the phone kind of fell off the radar. Now its back with some notable spec changes and a new crowdfunding campaign.

The Saygus V Squared is now available through an Indiegogo campaign, complete with an upgrade to dual SIM slots and Android 5.1, which is a jump from the Android 4.4.4 software that it was originally slated to ship with. Saygus says that its original manufacturer couldnâ€™t meet its quality requirements, causing it to change manufacturers, and in the process Saygus decided to beef up the V Squaredâ€™s specs.

The V Squaredâ€™s campaign includes a $600 early bird option, a standard $650 phone, and a $770 Collectorâ€™s Pack that includes swag from Saygusâ€™s E3 launch party and a Wireless HD dongle for beaming content to a screen.

Saygus notes that anyone that previously pre-ordered a V Squared has been alerted to the launch of this Indiegogo campaign. Judging by Considering that Saygus has amassed nearly $900,000 in three hours while only moving a few of its perks, it looks like the company has moved its previous pre-orders to Indiegogo to have them count toward its $1 million goal.

So when will the Saygus V Squared actually launch? According to Saygusâ€™s schedule, the device will begin shipping in fall 2015. Thatâ€™s disappointing for those folks that pre-ordered way back in February, but at least now they know that their phone will at least come with Android 5.1 out of the box. If you havenâ€™t yet pre-ordered a V Squared but are now considering it thanks to the updates announced today, you can check the V Squared out at the Indiegogo link below.