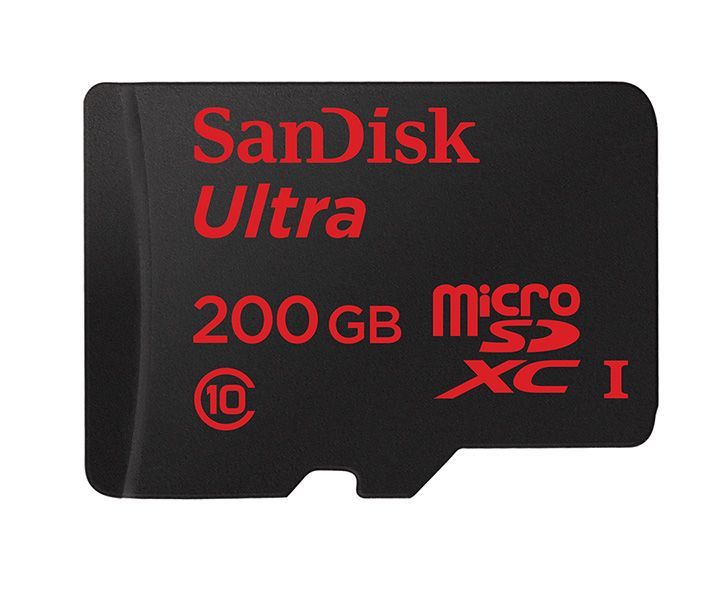 After one-upping its 128GB microSD card with a 200GB card earlier this year, SanDiskâ€™s ginormous memory card is now available for purchase.

Amazon is selling the SanDisk 200GB microSD card for $239.44, which is considerably less than the $399.99 MSRP that SanDisk quoted us back in March. The card is Class 10, has a 90MB/s transfer speed, and comes with an SD adapter.

While this 200GB microSD card is quite a bit less than the original MSRP that we got in March, $239 is still quite a bit to spend on a microSD card. Of course, the price will likely go down in the next 6 to 12 months if youâ€™re patient. Itâ€™s also worth noting that Amazon is selling SanDiskâ€™s 128GB microSD card for $78.99, which might be a better deal for folks that want a big olâ€™ microSD card right now.