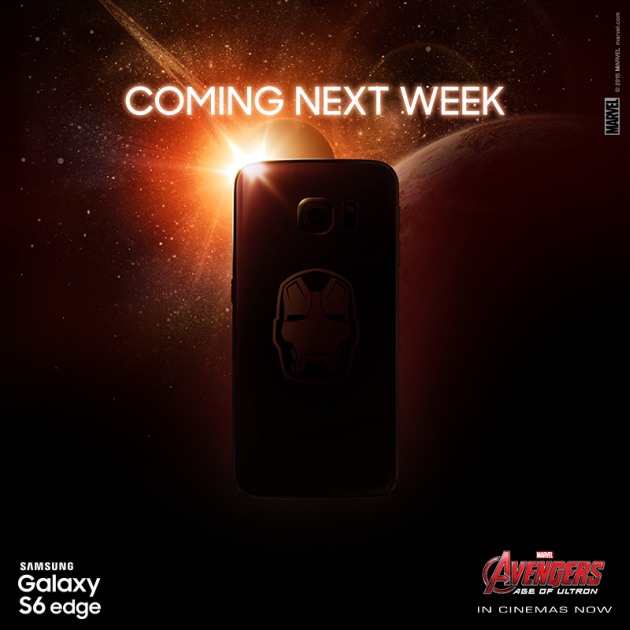 Samsung‘s got a special edition of the Galaxy S6 coming that’s going to appeal to a lot of people. Marvel’s movies are the talk of the town and Samsung is lucky enough to have a strong partnership with the company. One result of that partnership is a new pair of Iron Man-themed devices. Both the Galaxy S6 and Galaxy S6 edge are receiving the treatment and will feature a red primary color with gold accents, just like Iron Man’s suit. In addition, the phones will have an Iron Man decal on the back.

From what we can see in the above preview photo, the Iron Man edition is going to be quite attractive. With Iron Man and the entire Marvel movie franchise becoming such cultural icons, this is sure to go over well with plenty of people. There’s no word on pricing or availability, but the photo was posted by Samsung Korea, so it’s likely that it will come there. If Samsung’s smart, they’ll release it to other countries as well, but it is possible the the devices could remain exclusively in Korea. We’ll have to wait and see how things pan out.