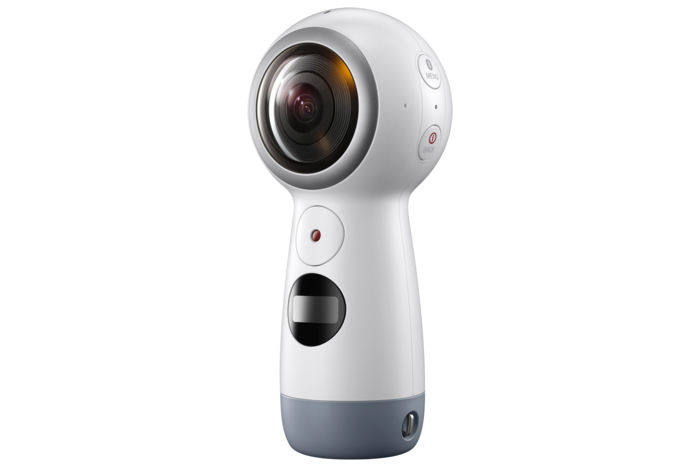 Earlier this year, Samsung not only liftedÂ the curtain off the Galaxy S8, but also a brand new Gear 360.

Samsung didn’t go into detail about when the new Gear 360Â would launch or how much it would cost at the time. Instead, it detailedÂ the camera’s features, likeÂ 4K video recording, capabilities live streaming, smartphoneÂ support, and the ability to takeÂ still photos with a 15-megapixel camera.

TodayÂ Samsung officially announced that the new Gear 360 will go on sale this Thursday, May 25, through a variety of retailers including Best Buy, Amazon, and, of course, Samsung’s own digital storefront. When it goes live, it will cost $229, more than $100 less than Samsung’s first-generation Gear 360 camera.

Samsung also announced that if a customer purchases a Galaxy S8 or a Galaxy S8+ between May 25 and June 19, they can also getÂ the Gear 360 camera for just $49. So if you haven’t picked up a Galaxy S8 yet but have been thinking aboutÂ doing so, getting a Gear 360 at a vastly discounted rate is a great incentive.