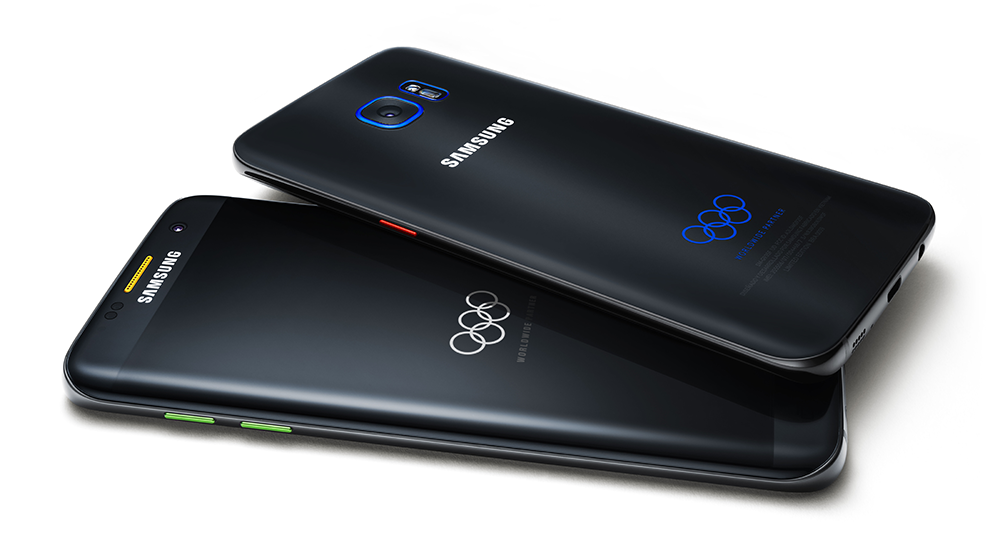 Earlier this month, Samsung officially introduced the Galaxy S7 edge Olympic Games Limited Edition, with a launch expected at some point before the Summer Games. And sure enough, Samsung’s latest limited edition variant of the Galaxy S7 edge is now available for purchase unlocked from Best Buy for $849.99.

The main differenceÂ between the Galaxy S7 edge Olympic games Limited Edition and the standard GS7 edge is the custom design and UI. There are quite a few colors on the limited edition, including gold highlights for the earpiece and around the physical Home button. The power button is red, the volume rocker is green, and on the back, the Olympic rings are blue, with the same blue highlight around the camera and flash housing.

As far as specs go, Best Buy is offering the 32GB model, which also offers a microSD card slot for expandable storage. The Galaxy S7 edge Olympic Games Limited Edition features a Qualcomm Snapdragon 820 processor underneath a 5.5-inch Quad HD Super AMOLED display. On the back there’s a 12-megapixel camera, while there’s a 5-megapixel front-facing camera on the other side. The battery is measured in at 3600mAh, and there’s 4GB of RAM on board. It’s running Android 6.0. It’s compatible with both GSM and CDMA networks, so it will work with AT&T, T-Mobile, Sprint, and Verizon Wireless.

It’s worth noting that the Galaxy S7 edge Olympic Games Limited Edition also features a unique built-in messaging app, and that there’s a “premium travel case” included with the device as well.

Do you plan on picking up the limited edition variant?