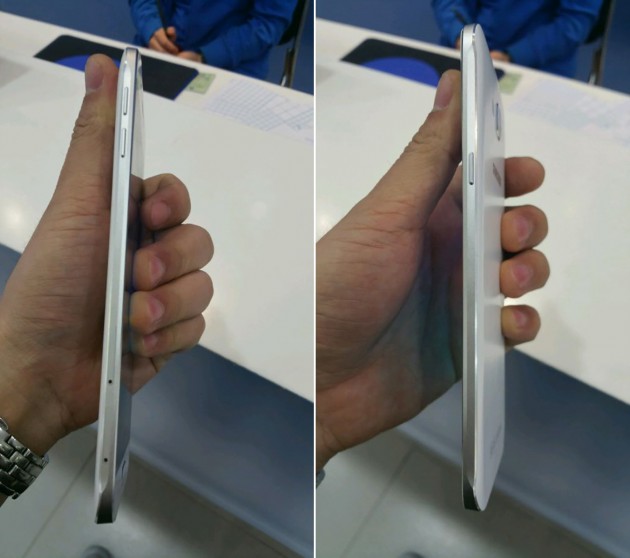 Thin phones are in these days, and Samsung’s managed to put together their thinnest phone yet with the Galaxy A8.

While Samsung has yet to officially announce the upcoming Android-powered smartphone, information gathered from the FCC and TENAA has put together a nice little outline of what Samsung fans and everyone else should expect to see in the handset whenever Samsung does get around to announcing it.

First and foremost, the Galaxy A8 is looking to be the thinnest smartphone from Samsung to date, with a frame that measures in at only 5.9mm. For anyone that’s ever held a Galaxy S6 in their hand and thought it was thin, that particular handset measures in at 6.8mm.

The other bullet points on the feature list include a 5.7-inch 1080p display, a Qualcomm Snapdragon 615 octa-core processor, 16GB of built-in storage, 2GB of RAM, a 16MP rear-facing camera and a 5MP front-facing shooter. It’ll be running Android 5.1.1 Lollipop out of the box.

What do you think of the Galaxy A8?