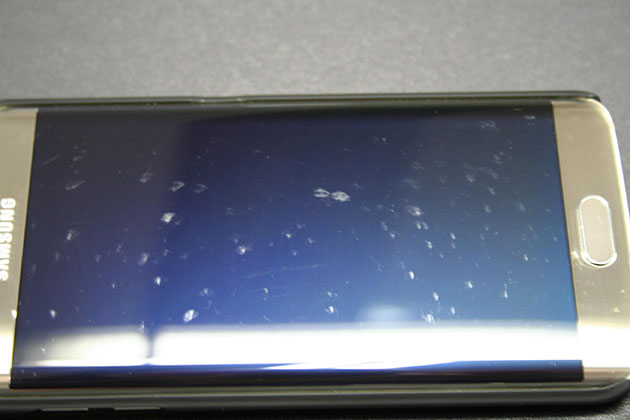 It looks like Samsung has a bit of a problem on its hands. The official “Clear View” case for the Samsung Galaxy S6 and S6 edge is quite sexy, with a translucent front cover that allows the display to shine through with important info. But for Galaxy S6 edge owners, it’s causing some serious issues.

Many folks on XDA Developers are reporting that the case has badly scuffed up their devices. Despite the Gorilla Glass 4 coating the display, the case has managed to leave some nasty scuffs that are obviously not from regular use. It almost looks like the case traps dirt between itself and the glass, but Galaxy S6 owners aren’t reporting a similar issue.

It’s really unknown whether this is the fault of Samsung’s case design, which when paired with a curved screen, may allow problems like this to occur. But if you’re an owner of the Galaxy S6 edge, you may want to avoid the cases until Samsung responds to the situation. There are plenty of other good cases available!