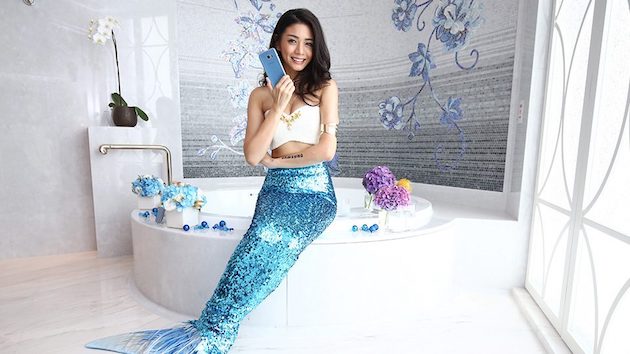 One of the many color options for Samsung’s Galaxy Note 7 was Coral Blue, which gave it yet another eye-catching shade, especially when it hit direct sunlight. Unfortunately for the Galaxy S7 lineup, that particular hue wasn’t included at launch.

But, now that the Galaxy Note 7 isn’t available to buy, it looks like Samsung has decided to spread that shade around a bit — at least for folks in Singapore and Taiwan. The Blue Coral Galaxy S7 Edge officially goes on sale in both markets this week. There’s nothing different about this Galaxy S7 Edge as far as specifications go when compared to the already available models, except for the color.

Samsung took some time to market the new color, and, well, it’s interesting, to say the least. Who doesn’t think about a mermaid when talking about a smartphone, right?

As it stands right now, the Coral Blue Galaxy S7 Edge appears destined only for Singapore and Taiwan. However, there was a leak that surfaced earlier this month that hinted at a U.S.-based debut, under Verizon Wireless’ banner, at some point in the future.

What do you think of the Galaxy S7 Edge in Coral Blue?