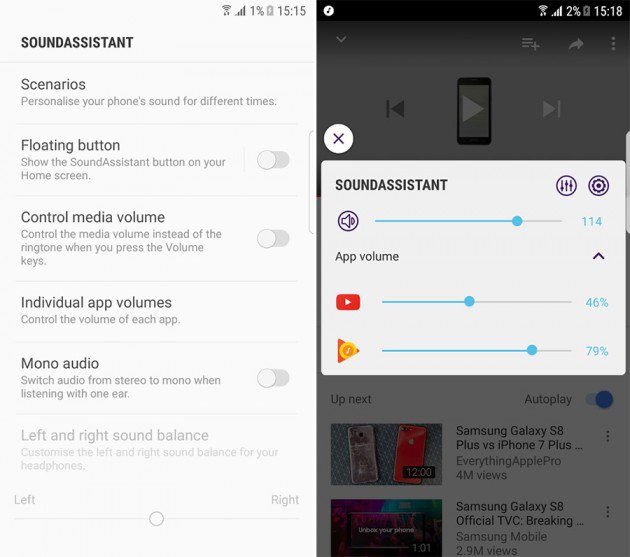 Heads up, Samsung Galaxy device owners, because thereâ€™s a new app on the Play Store that you might want to check out.

SoundAssistant is a new app from Samsung that is pretty much what it sounds like. The app will assist you in controlling the audio on your Galaxy device, giving you added controls and the ability to fine tune volume.

Thereâ€™s a mono audio switch in the SoundAssistant app, too, as well as a feature called Scenarios. With Scenarios, you can set a specific date and time for your phone to enable a certain audio setting, like enabling vibrate mode while during your work hours on Mondays, Tuesdays, Wednesdays, Thursdays, and Fridays.

SoundAssistant looks like a pretty nifty app for Samsung Galaxy device owners. The app adds some new features, like the Floating Equalizer thatâ€™ll give you the ability to fine tune your audio outside of the app, and in general looks like itâ€™ll make listening to audio on your Galaxy device a better experience.

You can find SoundAssistant in the Play Store at the link below.