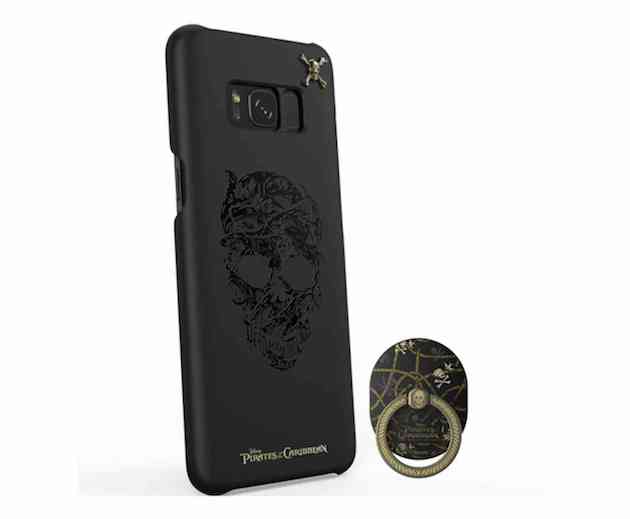 Samsung is no stranger to introducing themed devices, especially those that are linked to movies. We’ve already seen phonesÂ based on Iron ManÂ andÂ Batman. Now another giant movie property is getting the themed treatment.

Samsung has introduced a Pirates of the Caribbean-themed Galaxy S8, which comes with plenty of goodies in the box. As far as specs go, it’s the standard GS8: 5.8-inch Super AMOLED display, 64GB of built-in storage, 4GB of RAM, and a Qualcomm Snapdragon 835 processor under the hood.

The phone includes a special Pirates of the Caribbean theme pre-installed to show off to all your friends. That theme is only present in the software. Unlike the Iron Man andÂ Batman special editions, there are no special designs on the phone itself. Instead, there’s a Pirates-themed case that comes along with the phone and a “phone ring holder.”

And it all comes in a Pirates-themed box.

What do you think of the Pirates of the Caribbean Galaxy S8?