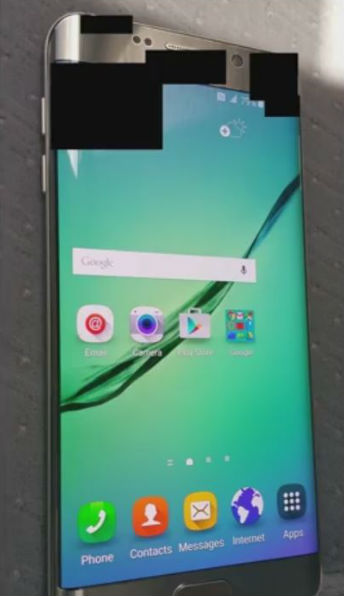 The Galaxy S6 variants just can’t be stopped, and now that theÂ Galaxy S6 ActiveÂ has been so thoroughly revealed, it is apparently time for a new contender…enter the Galaxy S6 Plus.

If you jump to 3:38 in the video above from MKBHD, you can hear him talk about the image belowÂ that was sent in to him from an anonymous source supposedly showingÂ theÂ S6 Plus.

Obviously this is to be taken with a grain of salt considering the anonymousÂ source, but it doesÂ matchÂ up nicely with information posted by SamMobile just days ago, asserting that the Galaxy S6 Plus is basically just a larger version of the Galaxy S6 edge with a roughly 5.5-inch Super AMOLED display andÂ the dual-edge curve. Interestingly, they also claim it will rely on a Snapdragon 808 processor as opposed to the Exynos found in the S6 and S6 edge. Their sources tell them to expect the device “in the coming weeks,” so get ready.

Moving on, the Galaxy Note 5 is the natural rumor target as we move past the flurry of spring releases and begin to think of the fall and IFA, where the Note line is traditionally updated. The rumors here are extremely thin at this point, with the only claims beyond an IFA launchÂ being that it will use aÂ 2K or 4K flat Super AMOLED display and that the Eynos 7422 will be powering the device.

Any excitement for these rumored releases from Samsung?