Samsung Flow now available as a beta from Google Play 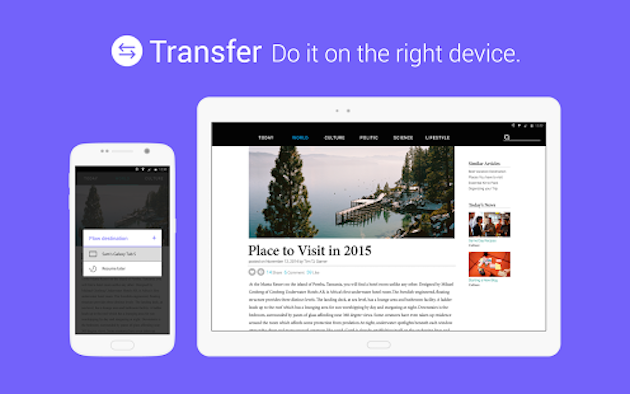 Back at Samsung’s Developers Conference in 2014, the company unveiled FLOW, a way for Samsung device owners to quickly and seamlessly transfer whatever they might be working on on one Samsung device to another one. Now, several months later, the app is finally available as a beta product through Google Play.

As one can imagine, this new app is built specifically for Samsung devices, so (for now, anyway) you’ll have to own one of the supported devices to take advantage of the app. If you do, then you’ll be able to use the built-in Android Share option to seamlessly transfer what you’re working on to another Samsung device. So if you’re writing something up or checking numbers on your Galaxy S6 edge and want a bigger screen to make some changes, you can transfer it right to your Galaxy Tab S.

Do you have a supported device, and do you plan on checking this out?