It has been a while since Samsung released its last true camera phone, if you can call theÂ Galaxy K ZoomÂ that.Â Perhaps because of theÂ Galaxy S6â€˜ outstanding camera, Samsung felt no need for such device in 2015. Nevertheless, a slew of freshly published design patents offer a glimpse of camera phone devices to come in the future.

Earlier this year Samsung filed a long list of design patents that have now been granted and published. Among them, we find a device not unsimilar to theÂ Galaxy S6 Edge, with a dual edge display but no physical home button. On the back of the glass-clad phone there is a rather normal looking camera, accompanied by dual xenon flash modules.

Another remarkable series of patents details a modular design capable of fittingÂ a zoom lens or, in case you sometimes long forÂ the good oldÂ Galaxy Beam, a beamer module.

Samsung never has design patents published for real, existing devices before they are released, so we can be fairly certain none of these images show an actual camera phone coming to market soon. And though we are certainly not expecting a â€˜Galaxy S7 Zoomâ€™, an edge designÂ similar to that of this yearâ€™s S6 seriesÂ could fit well within next yearâ€™s flagship range of devices.

For now we suggest treating these designsÂ primarily as an interesting glimpse into Samsungâ€™s R&D kitchen, with the ideas rather than the actualÂ devices likely showing up at some point in the future. Whether a connection exists between the designs and Samsungâ€™s recent application for theÂ Duo Pixel trademarkÂ remains to be seen, as trademarks usually relate to products much closer to a commercial release. 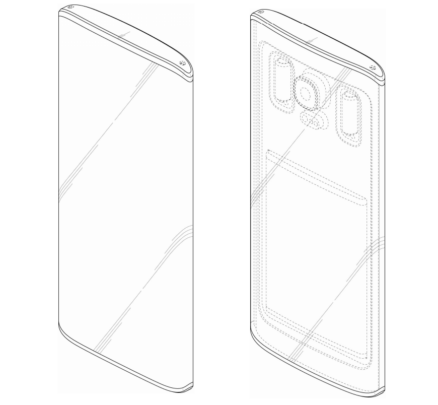 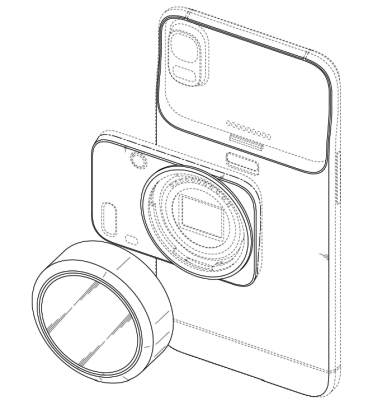