Samsung announces the 2016 iterations of the Galaxy A3, Galaxy A5 and Galaxy A7

Weâ€™ve seen the second-generation Galaxy A3, Galaxy A5 and Galaxy A7 in a slew of leaksÂ in the last month or so, and Samsung is finally making the three devices official. Called the Galaxy A3 (2016), Galaxy A5 (2016) and Galaxy A7 (2016), the phones offer a huge amount of upgrades over their predecessors, including a metal and glass design similar to the Galaxy S6, fingerprint sensors (and support for Samsung Pay), and optically stabilized cameras.

The Galaxy A5 and Galaxy A7 (2016) have gotten most of the upgrades though â€“ the A3 doesnâ€™t get a fingerprint sensor or optical image stabilization in the camera. The screen sizes are 4.7-inch, 5.2-inch and 5.5-inch, with HD resolution on the A3 and Full HD on the A5 and A7. All three devices come with 13-megapixel rear and 5-megapixel front cameras with F1.9 aperture, 16GB of internal storage, a microSD slot (supporting up to 128GB cards), LTE connectivity, and Super AMOLED displays. 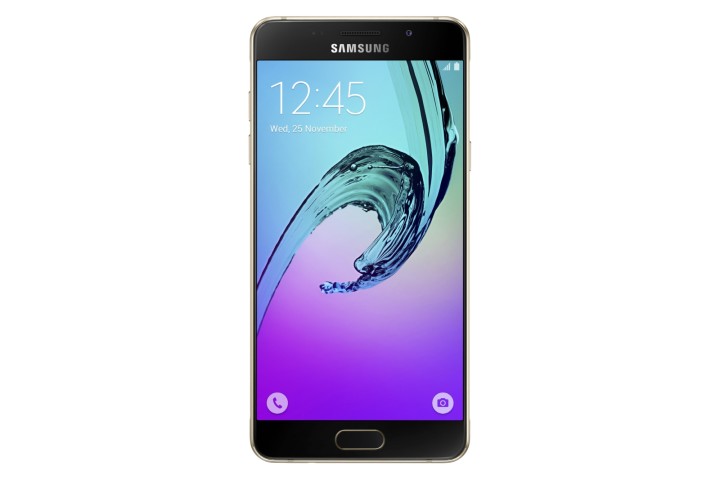 The A5 and A7 are powered by a 1.6GHz octa-core processor and the A3 is powered by a 1.5GHz quad-core chipset. Samsung isnâ€™t naming what chips it has used, but at least A7 (2016) should come in both Exynos and Snapdragon variants. Thereâ€™s 1.5GB of RAM on the A3, 2GB on the A5, and 3GB on the A7. TheÂ larger two phones come with fingerprint sensors as previously mentioned, and will support Samsung Pay right out of the box. On the software front, you get Android 5.1 Lollipop with Samsungâ€™s latest TouchWiz UX no matter which deviceÂ you pick.

Perhaps the most notable features of the A5 and A7 are the large batteries. The former has a 2,900 mAh unit and the latter has a monstrous 3,300 mAh unit, so battery life is likely to be stellar. The two phones support fast charging as well; the A3 doesnâ€™t get any of it though. It has a normal 2,300 mAh battery and no fast charging, but weâ€™re guessing the small display (by todayâ€™s standards) will help the A3 offer respectable endurance. 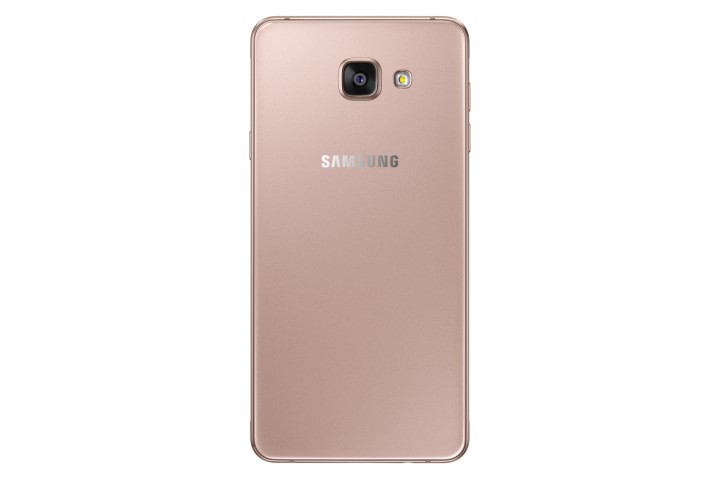 Samsung has surprised us by what it is offering with the new iterations of the Galaxy A3, Galaxy A5 and Galaxy A7. Itâ€™s not often we see optical image stabilization in mid-range smartphone cameras, nor a design that combines metal and glass. Well, the original devices were also rather premium thanks to their metallic unibodies, but as we have seen with Samsungâ€™s flagships this year, the metal and glass can take things up a couple notches.

TheÂ Galaxy A3 (2016), Galaxy A5 (2016) and Galaxy A7 (2016) will launch in China in mid-December in white, black, gold and pink gold color options. Yes, the pink gold color sounds similar to the rose gold color the latest iPhones come in, and it certainly looks the same as well. AvailabilityÂ will expand to other markets later, but Samsung doesnâ€™t say when. We will probably be waiting till January next year before consumers outside China will be able to pick up either of the three devices, which is only fitting considering the 2016 in their names.

What do you think about Samsungâ€™s new Galaxy A smartphones? Let us know in the comments!