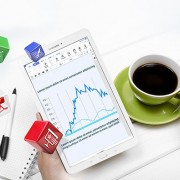 Samsung has a long history with budget tablets, though it was hard to compete with tablets like the Nexus 7. When fairly high-end hardware meets a bargain bin price under the Nexus name, it’s hard to compete. But these days, Samsung has been pumping out new tablets for the masses without too much competition from the big players.

The latest tablet Samsung has announced is the Galaxy Tab E, a 9.6-inch tablet with some budget specs. It has a 1280×800 resolution on its TFT LCD display, a 1.3GHz quad core processor, 1.5GB of RAM, 8GB of storage with a microSD slot, and a 5,000mAh battery. That’s really not too shabby, though it’s not terriblyÂ impressive either. And to top it off, it’s running KitKat instead of Lollipop.

The price tag is set at $225 in Taiwan, which makes the spec sheet mostly worth it. We don’t know if it will be launching outside of Taiwan, but it’ll launch late June.