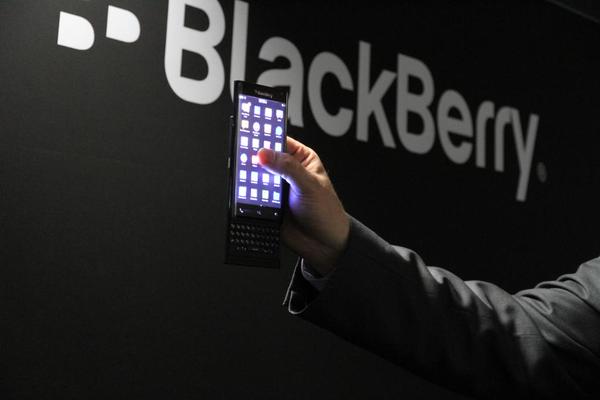 Reuters is reporting that multiple sources familiar with the matter have revealed plans within BlackBerry to releaseÂ a device running Android in the near future.

It would hardly come as a shock given the dire straights that BlackBerry finds itselfÂ in today, with less than 1 percent market share. While the company has simply failed to keep pace with its OS, itsÂ hardware continues to hold appeal for some.

Two of the sources identified the form factor for the Android device as being the same slider that BlackBerry briefly showed off at Mobile World Congress in March. Sorry Droid fans, it’s a portrait-style slider rather than landscape. The pair also pegged the release of the device for this fall, so we shouldn’t have to wait too long to find out.

While BlackBerry would be virtually guaranteeing a capture of the hardware keyboard fans, it’s questionable whether that is a meaningful number of customers. Naturally, BlackBerry would still be selling itself as the more secure option for corporate users as well. That seems like an effort to staunch the bleeding rather than reversing fortune for the company though.

While the Android hardware is the more interesting piece of the rumor, the sources also indicated that this was reflective of BlackBerry’s move towards software and device management. We saw the release of BlackBerry Messenger (BBM) for Android a couple years ago now and they crested the 100 million downloads markÂ with it earlier this year, so clearly there is still some interest there. Additional software to look for from BlackBerry in the future will be BlackBerry Hub, which is a single place that houses all of your incoming messages regardless of the source, and possibly the predictive text keyboard.

We’re glad that they aren’t putting all of their eggs in the Android slider basket. As someone that once owned the BlackBerry Storm, though, I may be unfairly biased against them. Do you think an Android device with a hardware keyboardÂ has a place in today’sÂ market?