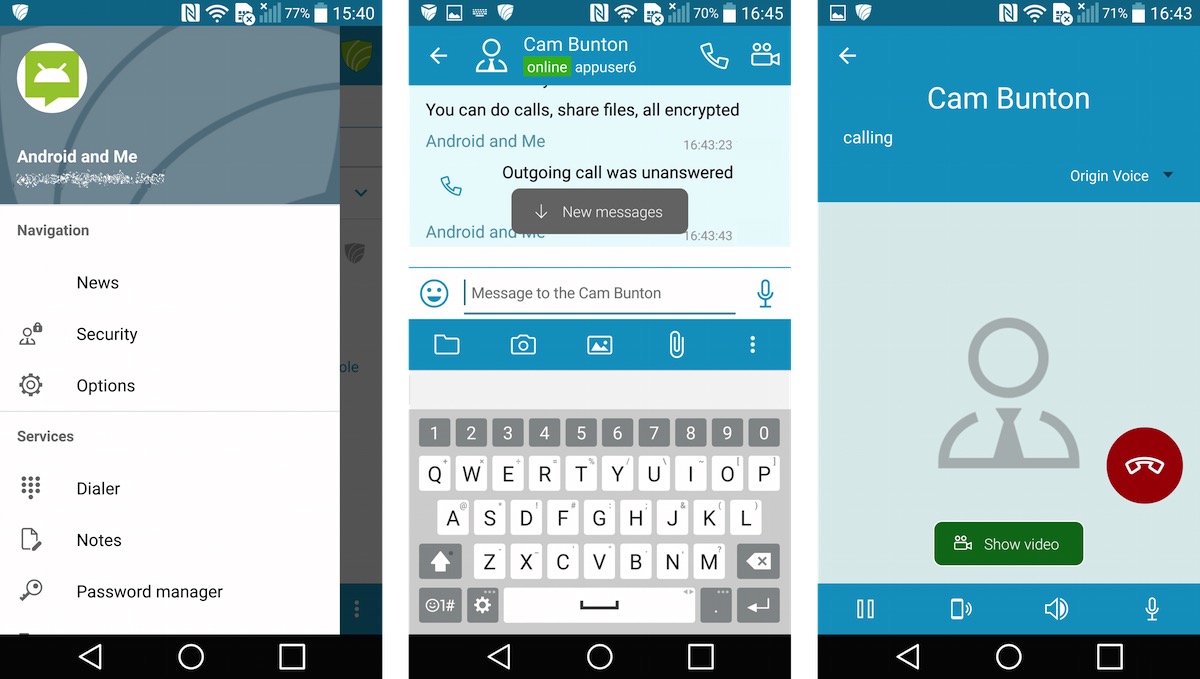 As we move much of our day-to-day computing to the devices in our pockets, we find ourselves dealing with more sensitive information on these miniature computers. Because of this, itâ€™s increasingly important to think about how you secure the data on your smartphone in case it falls into the wrong hands. If youâ€™re using your phone for business, itâ€™s even more important to ensure that any confidential information will not leak out if your phone was to be lost or stolen.

Fortunately, there are many apps on Google Play that allow for the secure storage and transferral of data in its multiplicity of forms. One such app, VIPole Secure Messenger â€” as the name suggests â€” allows its users to send and receive messages, files, photos and more in encrypted formats to ensure no third-party ever has access to your data.

Everything sent via VIPole is encrypted end-to-end using the AES-256 and RSA-3072 algorithms meaning only the sender and recipient have access to the data. That stretches to audio and video calls made in VIPole too. Iâ€™m no hacker, but VIPole claims a file encrypted in this way is useless to anybody that might get ahold of it.

VIPole looks and feels like other IM apps. It works similarly too, for the most part â€” adding contacts, viewing message threads, accessing the dialler to make calls, and sending photos and videos all feel familiar. Thatâ€™s a good thing as itâ€™s easy enough to transition to VIPole if youâ€™ve used basically any other chat app. That doesnâ€™t mean the UI is great, though. The app is fairly average in its overall design and when typing in a message thread you can only see about a third of the chat because of the keyboard, toolbar and navigation, shown above center, which doesnâ€™t make for a great experience.

There are some additional features in VIPole that make it really useful â€” thereâ€™s an in-built secure Notes section for jotting down sensitive info as well as a Password Manager that can store your logins and launch websites directly (although I wish it filled in the username and password fields automatically when clicked). While VIPoleâ€™s notes and password management might not be as advanced as a dedicated solution for either of those things, having all of of the stuff you want to keep private in one app is really useful and saves you time switching between apps frequently.

There are also a couple of features that made me feel a bit like a spy â€” the ability to change your voice during a call (from really low to really high-pitched) as well as the ability to set a fake secret phrase that causes the app to crash and/or delete all local content (for use if youâ€™re being forced to open the app). Kind of crazy, but cool.

VIPole is cross platform, too â€” available on Android, OS X, Windows and Linux (and coming soon to iOS) â€” and everything syncs across devices meaning you can use it wherever you are. If you’re going to adopt an app of this nature, this cross-platform availability is key and sets VIPole apart from a lot of alternatives.

As for price, VIPole is free for personal use and you can message, call and share files with other VIPole users for free. Calls to mobile or landline numbers cost, and credit can be bought in the app (similar to Skype in that respect). There are other tiers for teams and businesses which offer more security features, particularly on the desktop side, as well as more secure file storage space. Paid accounts also gain neat features like the ability delete messages on both sides of a conversation and set message expiry dates. You can compare all pricing plans and features here.

Check out VIPole Secure Messenger on Google Play where it is available to download for free. Visit VIPoleâ€™s website to read more about its clients for other platforms.